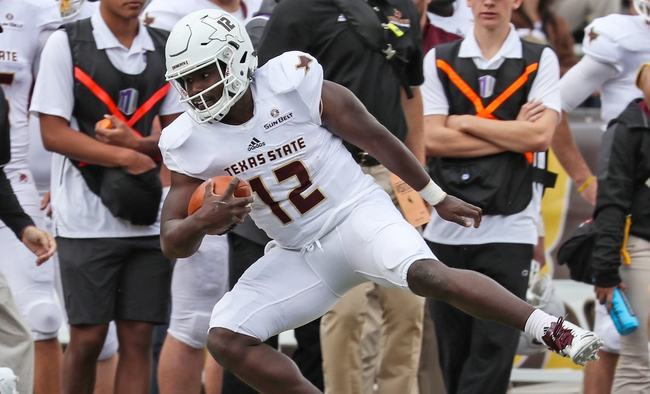 Out at Troy University Veterans Memorial Stadium on Friday, the Texas State Bobcats and the Troy Trojans will be meeting up in college football action.

Texas State stumbles into this one with a 2-9 record. The Bobcats have lost their last three straight games to New Mexico State, Georgia State and Arkansas State. In that last game, Texas State QB Damien Williams put up 103 yards with a TD.

This year, Williams has amassed 1925 yards with 12 TDs and seven INTs, while Anthony Taylor is the top Bobcats rusher with his 435 yards and two touchdowns off 103 carries. Elijah King is the lead Texas State receiver on 641 yards and three touchdowns.

Over on the Troy side, they’re currently 8-2 on the year. The Trojans have won their last four games versus Georgia State, Georgia Southern, Idaho and Coastal Carolina. In that Chanticleers game, Trojans QB Brandon Silvers put up 206 yards with a TD and a pick.

On the season, Silvers has 2359 yards with seven scores and six INTs, while Jordan Chunn is tops for the Trojans in rushing on 611 yards and nine TDs from 131 carries. Deondre Douglas heads up the Troy receiving corps with 472 yards, three touchdowns and 37 receptions.

This is obviously another lost year for Texas State, but there are a few positives to throw out there. The Bobcats scored 65 points across their first two November games, but unfortunately they’ve given up 108 points in their last three. Troy, meanwhile, is humming along at a nice clip, giving up 21 points or fewer in all but two games this year. I like the Trojans to dominate here, so I’m taking Troy for the cover.