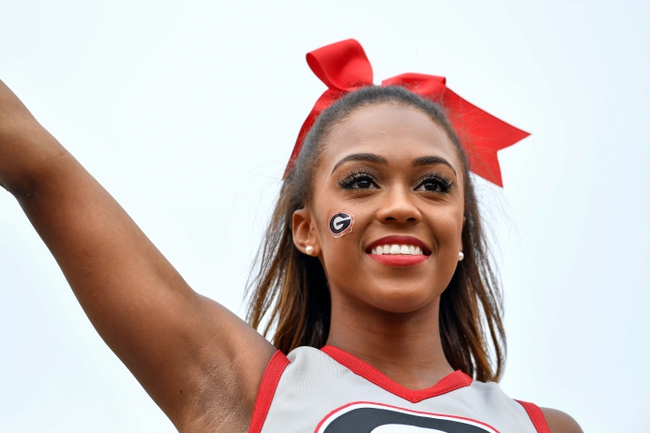 We’ve got a fun college football matchup coming up from Bobby Dodd Stadium on Saturday as the Georgia Bulldogs take on the Georgia Tech Yellow Jackets.

Georgia comes into this one at 10-1 overall this year. The Bulldogs’ lone blemish this year was a loss to Auburn, but they came back to beat Kentucky in their last outing. In that Kentucky game, Georgia QB Jake Fromm logged 123 yards with one TD and a pick.

So far this year, Fromm has 1766 yards with 17 TDs and five INTs, and Nick Chubb is the top Georgia rusher on 1045 yards and 12 touchdowns from 166 carries. The Bulldogs’ receiving corps is led by Javon Wims with 33 receptions, 554 yards and five touchdowns.

Over on the Georgia Tech side, they’re currently 5-5 on the season. The Yellow Jackets have lost three of their last four versus Clemson, Virginia and Duke. In that Duke game, Jackets QB TaQuon Marshall threw for 82 yards, a TD and a pick, then led the rush on 140 yards and a TD.

This year, Marshall has 889 yards with nine TDs and four picks through the air, and leads the Yellow Jackets in rushing with 1074 yards and 17 touchdowns. Ricky Jeune is far and away the top Georgia Tech receiver with 23 catches for 507 yards and five touchdowns.

The Bulldogs put up a dud against Auburn, scoring only 17 points and allowing 40. That’s only the second time this year Georgia has allowed more than 19 points. As for Georgia Tech, I’ve been whining about their one-sided offense all year, but all things considered they’ve had some success with it. Still, I like Georgia to dominate here since the Jackets have given up at least 40 in two of their last three (including 43 to Duke). I’ll take the Bulldogs to cover.