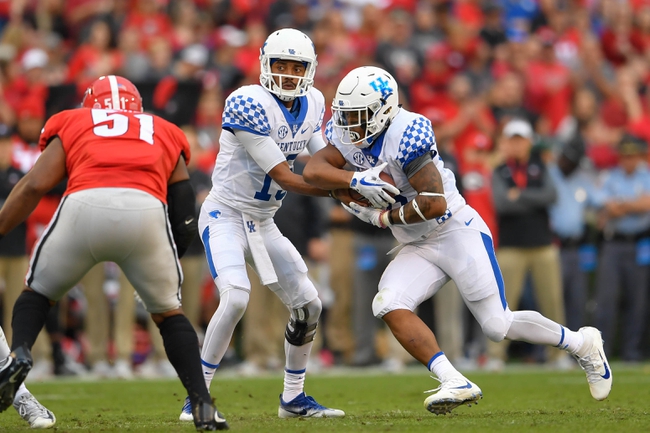 The ACC and the SEC face off on the gridiron in a battle in the Bluegrass State as the Louisville Cardinals and the Kentucky Wildcats face off in a college football matchup.

The Louisville Cardinals will try to build on a pair of back-to-back wins, following their 56-10 rout of Syracuse in their last outing to climb to 7-4 on the year. Lamar Jackson threw for 270 yards and 2 touchdowns on 14 of 26 passing, while also rushing for another 2 touchdowns on 12 carries with 111 rushing yards. Jawon Pass also threw for a touchdown and Malik Williams rushed for a team-high 180 rushing yards with a pair of touchdowns. Reggie Bonnafon also contributed a rushing score with 43 rushing yards. Jaylen Smith led the team with 95 receiving yards and a touchdown with his 3 catches, while Seth Dawkins contributed 60 yards. Dez Fitzpatrick and the aforementioned Bonnafon added a touchdown grab respectively in the win. Defensively, James Hearns recorded a sack while the defense as a whole combined for 4 interceptions, holding an otherwise dynamic Syracuse offense to just 335 yards of total offense in the win with a 3 for 13 mark on 3rd down.

The Kentucky Wildcats will look to bounce back after also falling to 7-4 with a 42-13 loss to Georgia in their last outing. Stephen Johnson threw for 138 yards on 12 of 22 passing, while Benny Snell Jr rushed for 94 yards and the team’s lone touchdown on 22 carries. Blake Bone’s lone reception went for a team-high 45 yards, while Tavin Richardson added 43 receiving yards and Garrett Johnson added a team-high 4 receptions in the loss. Defensively, as a team, Kentucky combined for a sack and an interception but couldn’t stop Georgia who rushed for 381 yards as part of their 504 yards of total offense in the game.

This is a lot of points to lay given the form of both teams this season. However, I backed Kentucky against Georgia and they were absolutely throttled against the Bulldogs. Louisville hasn’t had a great season but they still have Lamar Jackson under center and have won each of the last 2 meetings at Kentucky by two touchdowns, so I’ll lay the points with the Cardinals here.