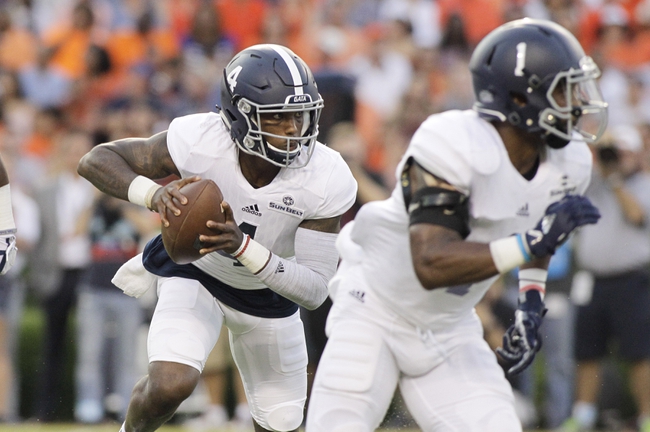 The Georgia Southern Eagles travel to Louisiana-Lafayette looking for back to back wins to end the season. Georgia Southern comes off their first victory of the season in a 52-0 waxing of the South Alabama Jaguars as a six point home dog. The Eagles took out an entire year of frustration out on the Jaguars as the team amassed a 583-195 yardage advantage while intercepting a pair of passes and recovering a fumble.

Ragin’ Cajuns quarterback Jordan Davis connected on 18-31 for 203 yards and a pair of touchdowns with favorite target Ryheem Malone recording seven receptions for 113 yards including a 33 yard scoring strike. Trey Ragas was the top UL Lafayette runner with 132 yards and two touchdowns on 23 carries while Davis and Darius Hoggins totaled 124 yard on 14 touches.

Louisiana-Lafayette needs a win to become Bowl eligible so the motivation is obvious. The issue with backing this team is inconsistency so hopefully we see 60 minutes of football from them…