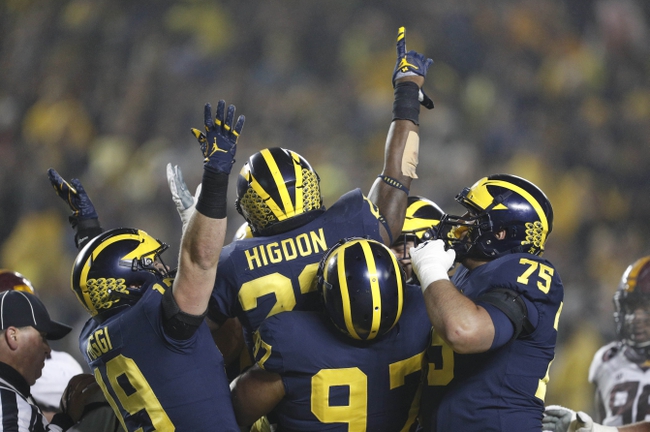 Points are key in rivalry games, especially when you consider four of the last six meetings between Ohio State and Michigan have been decided by six or less points. Getting the Wolverines with over 10 points at home is hard to pass up. However, the Wolverines don't have a quarterback right now with Peters questionable with a head injury, and O'Korn simply isn't the answer. Ohio State is playing well on both sides of the ball and has outscored teams the last two weeks with a combined score of 100-17. The Ohio State Buckeyes need to win and win big if they have any chance to sneak into the CFB playoffs. A double-digit victory over Michigan on the road could go a long way heading into the Big 10 Championship. I look for the Buckeyes to keep their foot on the gas and beat up on a Michigan team that can't score.