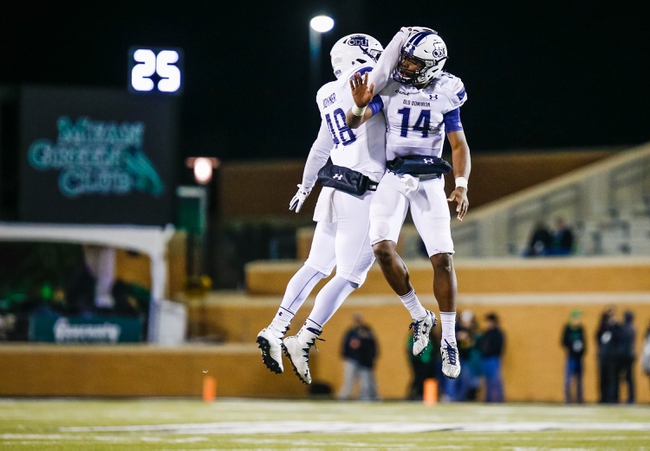 Over at Floyd Stadium on Saturday, the Old Dominion Monarchs and the Middle Tennessee Blue Raiders will be locking horns in college football action.

Old Dominion enters this game with a 5-6 record so far. The Monarchs have won their last three games versus Charlotte, FIU and Rice. In that Owls game, Old Dominion QB Steven Williams put up 188 yards on a 20-of-29 line.

This year so far, Williams has 1445 yards with six touchdowns and 11 INTs, and Ray Lawry is the top Old Dominion rusher with 645 yards and seven touchdowns. Travis Fulgam leads the Monarchs’ receiving corps with 394 yards and one TD.

Over on the Middle Tennessee side, they’re currently 5-6 this year as well. After winning two in a row versus UTEP and Charlotte, the Blue Raiders lost their last game versus Western Kentucky. In that 3-OT game, Middle Tennessee QB Brent Stockstill logged 294 yards with one TD.

On the season, Stockstill has 1174 yards with 11 TDs and three picks, and Brad Anderson is the leading Blue Raiders rusher with 491 yards off 89 carries. Heading up the Middle Tennessee receivers is Ty Lee, with 66 catches for 846 yards and five touchdowns.

Old Dominion’s offense, for the most part, has done well lately. Over the last five games the Monarchs have failed to score at least 24 points just once (in the 6-0 win over Charlotte). Middle Tennessee has been scoring lately as well, with at least 30 in each of their last three outings. This should be an entertaining game, but all in all I like Middle Tennessee to cover.