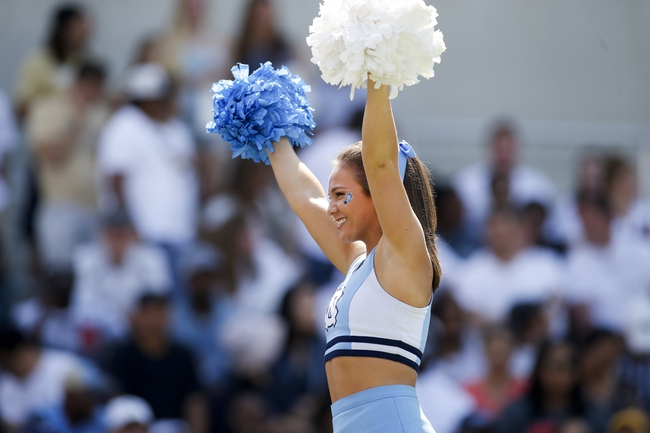 Over at Carter-Finley on Saturday, the North Carolina Tar Heels and the NC State Wolfpack will be meeting up in college football action.

The Tar Heels come into this game with a 3-8 mark overall. After losing six straight, North Carolina has won their last two versus Pitt and Western Carolina. In that last game, North Carolina QB Nathan Elliott put up 240 yards with four scores.

So far this year, Chazz Surratt leads the Tar Heels in passing with 1342 yards, eight touchdowns and three INTs, and Jordon Brown is the top rusher with 130 carries for 598 yards and four touchdowns. Leading the North Carolina receivers is Anthony Ratliff-Williams, with 30 catches for 499 yards and five touchdowns.

Over on the NC State side, they’re currently 7-4 on the year. The Wolfpack have lost three of their last four games versus Notre Dame, Clemson and Wake Forest. In that Demon Deacons game, NC State QB Ryan Finley had 327 yards, one TD and one INT.

On the season, Finley has 2992 yards with 16 TDs and five INTs, while Nyheim Hines leads the NC State rush with 844 yards and seven touchdowns. Tops in receiving for the Wolfpack is Kelvin Harmon with 64 catches for 972 yards and four TDs.

North Carolina looked pretty bad during that losing streak, never scoring more than 19 points in the six-game span. The Tar Heels have bounced back offensively in the last two games, putting up a combined 99 points. As for NC State, they’ve been flailing a bit over the last handful of games but for the most part have been staying in them. I like the Wolfpack to show some dominance here and cover.