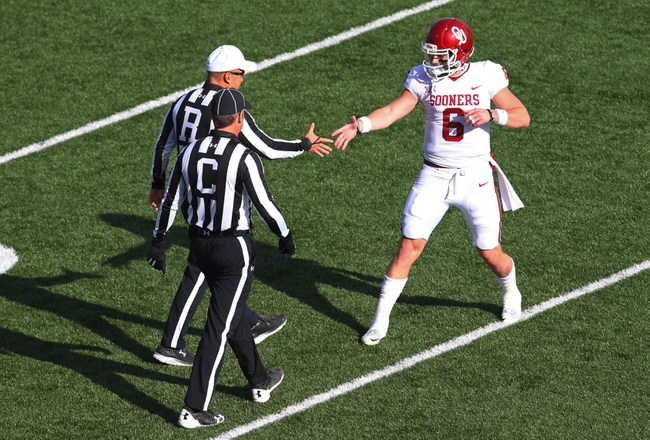 The Oklahoma Sooners look to win their 11th game of the season to remain in the CFB playoff conversation. The Oklahoma Sooners have won eight of their last nine home games. Baker Mayfield is completing 70.8 percent of his passes for 3,816 yards, 34 touchdowns and five interceptions. Mayfield has three or more touchdown passes in his last three games. Marquise Brown and Mark Andrews have combined for 1,617 receiving yards and 10 touchdowns while CeeDee Lamb has 36 receptions. The Oklahoma Sooners ground game is averaging 206.9 yards per contest, and Rodney Anderson leads the way with 749 yards and seven touchdowns. Defensively, Oklahoma is allowing 25.2 points and 390.6 yards per game. Emmanuel Beal leads the Oklahoma Sooners with 70 tackles, Ogbonnia Okoronkwo has eight sacks and Parnell Motley has two interceptions.

I'm still not sold on the Oklahoma Sooners, as the defense isn't good and there's a long history of this program choking time and time again. West Virginia has the obvious offensive firepower to give the Sooners a scare, but that was with Will Grier at quarterback. He destroyed on of his fingers and won't be playing in this game, making Chugunov the starter, a guy who has just 47 career pass attempts. Given that the Mountaineers rely 100 percent on their offense, a change at QB ruins any chance of backing them for me. This is a game the Oklahoma Sooners should win easily. However, I also wouldn't be shocked if they somehow lost outright. That's coming sooner or later with this football team.