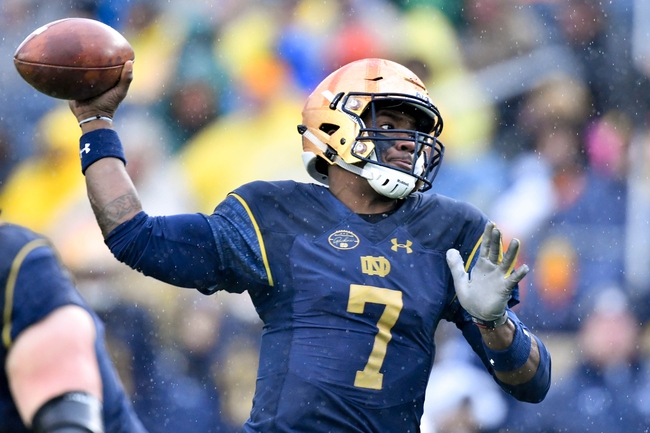 The Notre Dame Fighting Irish will travel to Stanford Stadium to take on the 22nd ranked Stanford Cardinal this Saturday night in College Football action.

Notre Dame kept their slim CFF Playoff chances alive by pulling out an ugly win against Navy and will be looking to get back on track with a statement win over the Cardinal. Stanford has played inconsistent over the past few weeks as although they got a huge home win against Washington, this is the same Cardinal team that almost lost to both Oregon State and California who have a combined two Pac-12 wins on the season. Notre Dame has an above average rushing defense (ranked 52nd) that has the athletes that could contain Stanford’s Bryce Love and as I think the Fighting Irish playmakers on offense will have some success against the Cardinal defense, I’m taking Notre Dame to cover this small road spread.