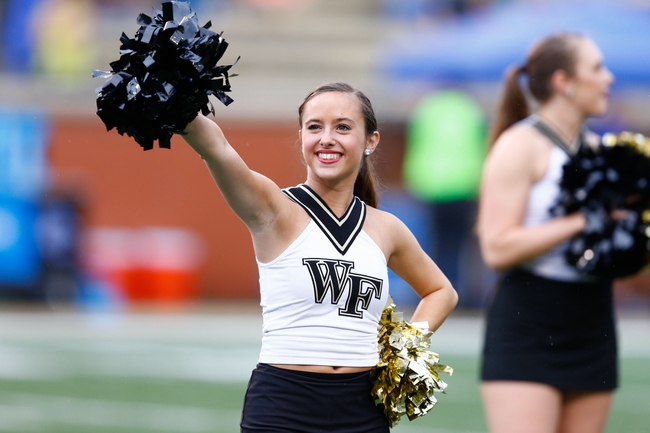 On Saturday out at BB&T Field, the Duke Blue Devils and the Wake Forest Demon Deacons will be meeting up in ACC college football action.

Duke comes in here at 5-6 overall on the season. After a six-game losing streak, the Blue Devils bagged a win against Georgia Tech in their last outing. In that Yellow Jackets game, Duke QB Daniel Jones put up 177 yards with two touchdowns.

On the year so far, Jones has 2093 yards with 10 touchdowns and eight picks, and Shaun Wilson is tops in Duke rushing with 705 yards and five touchdowns off 129 carries. As for receiving, TJ Rahming leads the way for the Blue Devils with 643 yards and one touchdown.

Wake Forest is sitting at 7-4 on the season. The Demon Deacons have won their last two games, beating Syracuse 64-43 and NC State 30-24. In that NC State game, Wake Forest QB John Wolford put up 247 yards with three touchdowns.

So far this season, Wolford has 2601 yards with 23 TDs and four INTs, and Matt Coburn is tops for the Wake Forest rush on 712 yards and six TDs. Greg Dortch leads the Deacons receivers with 722 yards and nine touchdowns from 53 catches.

Speaking in relative terms, Duke did a pretty solid job slowing down the Georgia Tech running game, and held them to 20 points. Defensively, Duke hasn’t been bad, giving up 24 points or fewer over their last five games. The Devils will have their hands full with Wake Forest, however, as the Deacons have scored at least 30 points in their last four straight. This should be a fun game but all in all I like Wake Forest to cover.