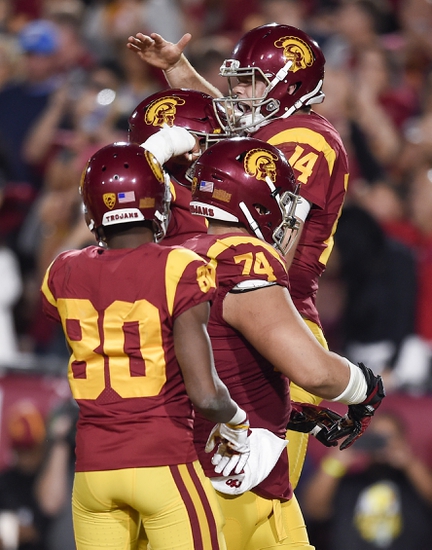 The 21st ranked Stanford Cardinal and 11th ranked USC Trojans will face off in the PAC-12 Championship Game at Levi’s Stadium this Friday night in College Football action.

Stanford finished the season winning 8 of their last 9 games to reach the Pac-12 Championship and have been led by one of the best running backs in the country in Bryce Love, who finished currently ranks 2nd in the country in rushing yards per game. USC still has some very slim hopes to make the CFF Playoffs as the Trojans have won 6 of their last 7 games and have one of the better QB/RB duos in Sam Darnold and Ronald Jones II. Stanford has played well as of late however, their last two games away from home haven’t been impressive as they lost to Washington State and barley beat Oregon State and as I like how the USC offensive looks like they’ve finally gotten thing together, I’m taking the Trojans to cover this small spread and win the Pac-12 Championship.