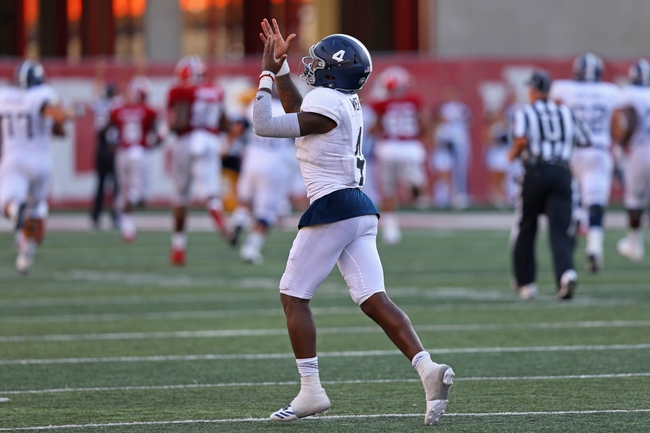 The Georgia Southern  Eagles have had a dismal season for a program that has generally been strong. Georgia Southern had lost nine straight to begin the year before winning back to back contests capped off by a 34-24 decision at the Louisiana-Lafayette Ragin’ Cajuns as a five point underdog. GSU looked like the team of recent years with a 464-379 yardage advantage with a 3-0 turnover margin.

Georgia Southern quarterback Shai Werts completed 6-11 for 75 yards and a touchdown with Ellis Richardson hauling in a 55 yard scoring strike. The Eagles rushing attack was decisive with Wesley Fields amassing 186 yards and a touchdown on 23 carries while LA Ramsby and Wesley Kennedy III added 87 yards and 77 yards for ground game that averaged 6.2 yards per try.

The Coastal Carolina Chanticleers first season in the FBS has been challenging as most expected. Coastal Carolina heads in to the final game of their schedule at 2-9 following a 13-7 victory at the Idaho Vandals as a touchdown underdog. This wasn’t pretty from an offensive perspective with each team totaling 276 yards with a turnover.

The Chanticleers passing game was hit or miss with backup quarterback Kilton Anderson connecting on 11-20 for 100 yards. Chris Jones and Malcolm Williams paced the Chanticleers receiving corps with a combined 72 yards on seven receptions. Seven players ran the ball for Coastal Carolina Alex James topping the group with 81 yards on ten touches with a 42 yard scoring jaunt.

No line has ben released yet because Tyler Keane is listed as questionable at quarterback for Coastal Carolina. I will be looking at Georgia Southern if the spread isn’t crazy…

Mark’s Pick Please check back when a line is released