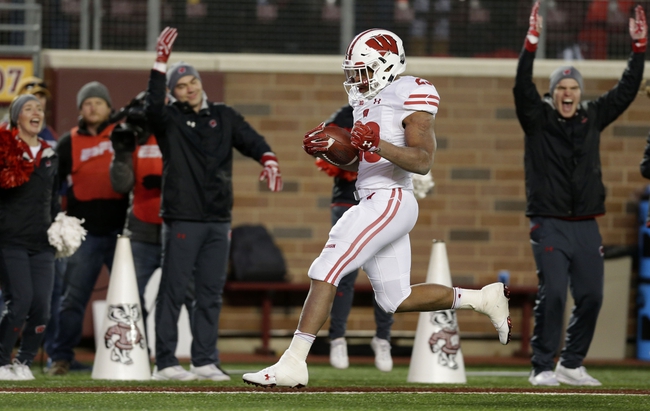 The Wisconsin Badgers look to win their 15th conference title in school history while locking up a college football playoff berth. The Wisconsin Badgers have won 11 of their last 13 non-home games. Alex Hornibrook is completing 63.9 percent of his passes for 2,157 yards, 21 touchdowns and 13 interceptions. Hornibrook has two or more touchdown passes in four of his last six games. Quintez Cephus and Troy Fumagalli have combined for 972 receiving yards and 10 touchdowns while A.J. Taylor has 21 receptions. The Wisconsin Badgers ground game is averaging 243.2 yards per contest, and Jonathan Taylor leads the way with 1,806 yards and 13 touchdowns. Defensively, Wisconsin is allowing 12 points and 236.9 yards per game. Ryan Connelly leads the Wisconsin Badgers with 71 tackles, Garret Dooley has 7.5 sacks and Joe Ferguson has four interceptions.

We're getting free points with the undefeated team. Everybody wants to find holes in the Wisconsin Badgers because they don't play sexy and have limited star power, but they win and cover games, and that's all we care about in this line of work. Wisconsin has the best defense in college football and has a ground game that wears on opposing defenses while also putting the game away late. We saw Ohio State struggle offensively last week against Michigan, and you're going to see a lot  more of that against a Badgers defense that's allowed 17 or less points in eight straight games. Also, Barrett is expected to play, but he is dealing with a meniscus injury, so things could get scary at any moment. I think the Wisconsin Badgers win this game outright, but I'll gladly take the free points with the better team since oddmakers are being so kind.