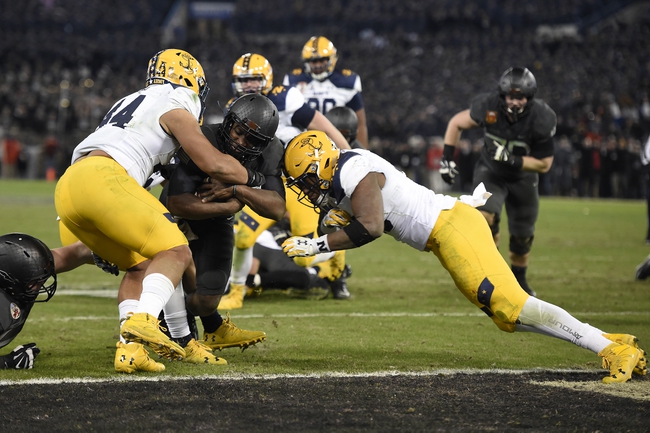 The Navy Midshipmen would love a feel good victory here after losing five of their last six games. The Navy Midshipmen have lost their last four non-home games. Zach Abey is completing 42.9 percent of his passes for 803 yards, seven touchdowns and seven interceptions. Abey has at least one touchdown pass in three of his last six games. Tyler Carmona and Malcolm Perry have combined for 682 receiving yards and six touchdowns while Darryl Bonner has seven receptions. The Navy Midshipmen ground game is averaging 347.4 yards per contest, and Abey leads the way with 1,322 yards and 14 touchdowns. Defensively, Navy is allowing 29.2 points and 399.8 yards per game. Micah Thomas leads the Navy Midshipmen with 72 tackles, Josh Webb has four sacks and Micah Thomas has three interceptions.

Army is actually playing better football than Navy right now, winning six of its last seven games and losing just once since the beginning of October. But we know why Navy is favored here, as the Midshipmen have dominated this series over the years, winning 16 of the last 18 meetings. Army won last years contest but hasn't beaten Navy in back-to-back years since 1995-96. But even with that being said, a lot of the meetings have been close, as five of the last six have been decided by seven or less points. Heck, the last two games were decided by a combined eight points. These teams know each other very well and it's always the game of the year for both programs. I like to have points in spots like this and it just so happens the team in better form is getting them. So, give me a free field goal with the Army Black Knights.