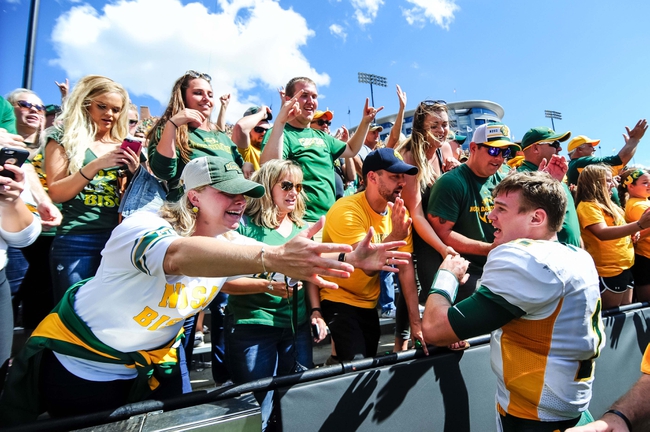 The Wofford Terriers and North Dakota State Bison meet Saturday in the college football playoff quarterfinals at the Fargodome.

Wofford gets after it defensively and the only road game its lost this season was against the South Carolina Gamecocks. Obviously the North Dakota State Bison have one of the best home field advantages in all of college football and are used to being in these big games. The Fargodome gets insanely loud and is tough for opposing teams no matter how experienced they are. We're likely going to see the Bison as big favorites in this spot.

Update: Big favorites they are, but Wofford isn't some pushover who is going to be scared of the bright lights. The Terriers hung around with South Carolina and were able to cover the number, and they have a strong running game that can shorten things up and take the life out of the game. North Dakota State obviously wins, but I think Wofford can do just enough to keep this game within the number and get the cover.