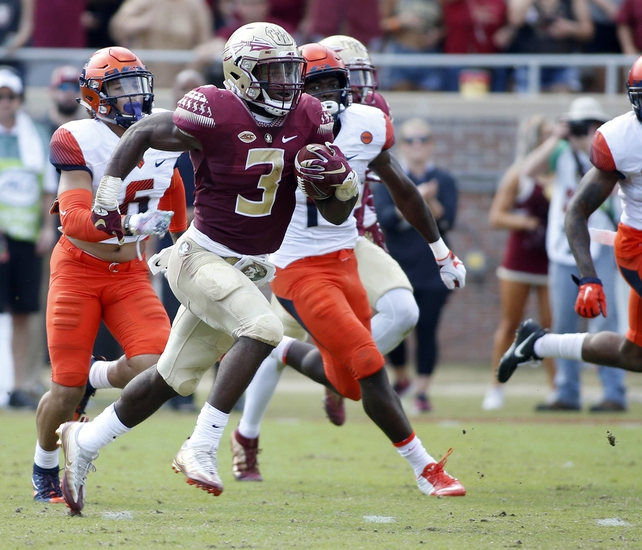 The Southern Miss Golden Eagles look to end their college football season with a huge upset of the Florida State Seminoles in the Independence Bowl.

It wasn’t that long ago that the Southern Miss Golden Eagles went winless but the team is back with good numbers on both sides of the football. Southern Miss scored 30.5 points on 438.3 yard with the ability to both run or throw. The Golden Eagles were tough against everything defensively with 23 points on 321.9 yards allowed with top 30 units versus the run and pass so this team could win in any number of ways.

USM quarterback Kwadra Griggs connected on 56% of his throws for 1,793 yards with 15 touchdowns and just a pair of interceptions with top target Korey Robertson catching 72 balls for 1,070 yards and eleven scores with Allenzae Staggers logging 43 receptions for 469 yards. The Golden Eagles leaned on workhorse Ito Smith on the ground and he responded with 1,321 yards on 232 yards with Tez Parks seeing occasional work with 278 yards on 51 touches.

It’s been a an odd year for the Florida State Seminoles as they began the season ranked #3 and lost quarterback Deondre Francois to a knee injury in game one. Now Jimbo Fisher is leaving to take over at Texas A&M and the team will coached by Odell Haggins in their Bowl. Without Francois, FSU only averaged 26.7 points on just 343.6 yards. The Noles possessed a fierce defense that picked up a lot of slack with a unit that allowed 21.9 points on 337 yards and were top 35 versus the run and pass.

James Blackman took over under center for Florida State and in a tough situation and completed 155-271 (57%) for nearly 2,000 yards with 15 touchdowns and eleven interceptions. Nyqwan Murray was the Seminoles top receiver with 40 catches for 604 yards while Auden Tate logged 35 receptions for 464 yards. The Seminoles looked to Cam Akers on the ground and he gave the offense 931 yards on 181 touches with Jacques Patrick adding 687 yards on 118 totes

I know that many people jumped on Florida State on reputation and that might work but Southern Miss  has a lot of ability and have to think they are given no chance. I think the Golden Eagles and the points are the way to go….