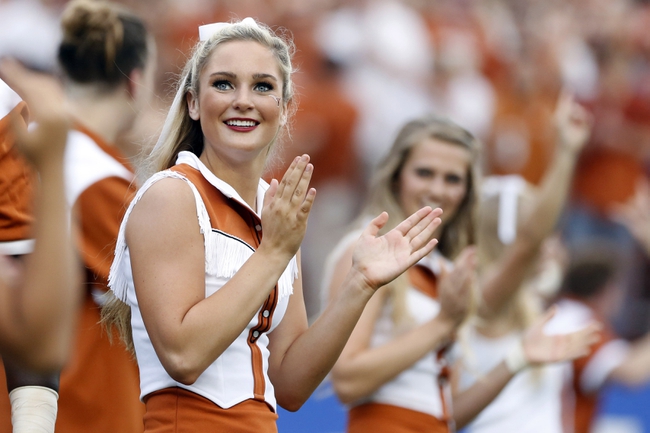 Down at NRG Stadium on December 27, the Texas Longhorns and the Missouri Tigers will be meeting up in the Texas Bowl.

The Longhorns enter this game at 6-6 on the year. Texas went 2-2 in their last four games, beating Kansas and West Virginia while falling to TCU and Texas Tech. In that last game, Longhorns QB Sam Ehlinger put up 239 yards with one TD and two INTs.

This year, Ehlinger has 1803 yards with 10 TDs and seven picks, and also leads the Longhorns rush with 368 yards and two scores off 103 carries. Tops in receiving for Texas this year is Collin Johnson, with 725 yards and two TDs.

Over on the Missouri side, they’re coming in at 7-5 overall. After starting out at 1-5, the Tigers won their last six games, most recently beating Tennessee, Vanderbilt and Arkansas. In that Razorbacks game, Missouri QB Drew Lock put up 448 yards, five TDs and two picks.

Lock has put up 3695 yards with 43 TDs and 12 INTs this year, while Ish Witter leads the Tigers in rushing on 992 yards and five scores. Heading up the receiving corps for Missouri is J’Mon Moore with 1017 yards and 10 TDs from 60 catches.

The Longhorns very well should have won that Texas Tech game but fell apart in the fourth quarter. That hangover may come into play here, but the good news is that the Texas offense has been scoring pretty well (23 points or more in three straight games) lately. Still, they don’t have the tools to compete with Missouri’s offense, as the Tigers have put up at least 45 points in each of their last six. I like the Tigers to come out firing and cover here.