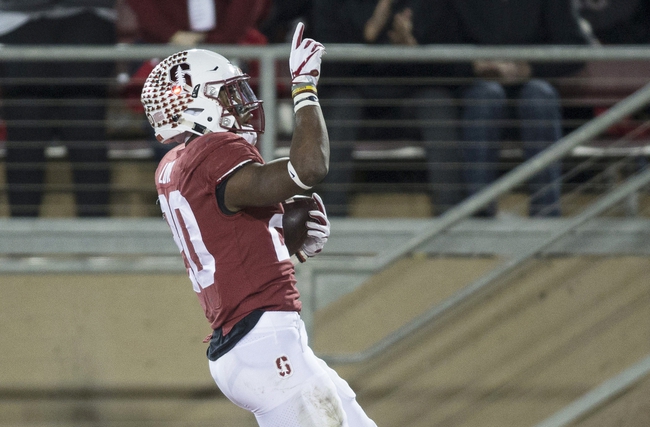 The only reason I can see TCU being the favorite here is because the game is in San Antonio, so there should be a lot of purple in the stands. That's it. As for the Staford Cardinal, Bryce Love has a few weeks to rest that banged up ankle, so he should be as healthy as we've seen him in quite some time, which is scary. Costello is also showing signs into coming into his own, and David Shaw is one of those coaches you don't want to give extra time to prepare. Kenny Hill has not been the difference maker we thought he would be this season, and TCU is a Big 12 team that doesn't see these type of physical teams often. The Hored Frogs deal with speed and spread in that offensive conference. Stanford is an old school squad that's going to line up and win in the trenches. With time to rest up and get healthy, Stanford should be able to bully TCU into the ground. I just don't see ths being a good matchup for the Horned Frogs.