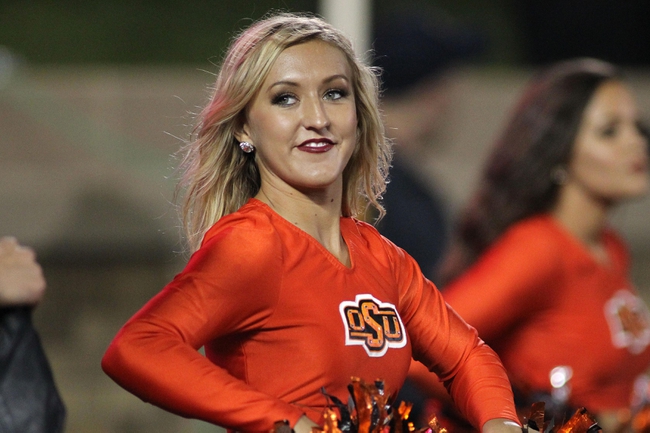 Out at Camping World Stadium, the Virginia Tech Hokies and the Oklahoma State Cowboys will be matching up in the Camping World Bowl on Thursday.

Oklahoma State comes into this one at 9-3 overall on the year. The Cowboys started out very well at 7-1 (with a lone loss to TCU) but had some tough games down the stretch and finished the season on a 2-2 run, falling to Oklahoma and Kansas State in that time.

Leading the Cowboys passing attack is Mason Rudolph, with 4553 yards, 35 TDs and nine picks, while Justice Hill is the top rusher on 1347 yards and 14 TDs. James Washington tops out the Oklahoma State receiving corps with 1423 yards and 12 scores from 69 catches.

Over on the Virginia Tech side, they’re sitting at 9-3 this year as well. The Hokies also started out at 7-1 and went 2-2 in the final four games. After two losses to Miami and Georgia Tech, Virginia Tech finished up with wins over Pitt and Virginia.

Josh Jackson heads up the passing game for the Hokies, and he’s got 2743 yards with 19 TDs and eight picks. Travon McMillian is the lead Virginia Tech rusher on 439 yards and two scores, while Cam Phillips is tops among receivers on 964 yards and seven TDs on 71 receptions.

Oklahoma State’s offense finished the season on a very nice run. After scoring just 13 points against Texas, the Cowboys put up at least 40 in each of their last five games. Virginia Tech’s offensive unit was a little less reliable finishing out the season, logging just 30 points over their last two games and no more than 22 in any of their last four. Still, the Hokies played well defensively and should match up nicely here. Still, I like the Cowboys to come out strong and cover.