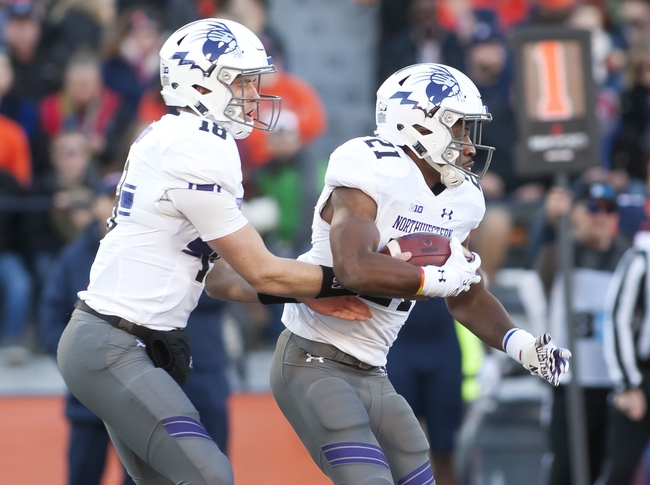 The Kentucky Wildcats head into this game losing four of their last six games but have a shot at eight wins for the first time since 2007. The Kentucky Wildcats haven’t won a bowl game since the 2008 college football season. Stephen Johnson is completing 60.7 percent of his passes for 2,048 yards, 10 touchdowns and four interceptions. Johnson has just one touchdown pass in his last six games. Garrett Johnson and C.J. Conrad have combined for 786 receiving yards and six touchdowns while Tavin Richardson has 22 receptions. The Kentucky Wildcats ground game is averaging 169.7 yards per contest, and Benny Snell, Jr. leads the way with 1,318 yards and 18 touchdowns. Defensively, Kentucky is allowing 28.6 points and 425.7 yards per game. Mike Edwards leads the Kentucky Wildcats with 89 tackles, Josh Allen has seven sacks and Derrick Baity has two interceptions.

There's reason to consider Kentucky and the free touchdown, as there's a lot of motivation on this team to produce its first bowl victory in nearly a decade. It's also only about three hours from Lexington to Nashville, so there should be a lot of Kentucky fans in the building for this one. However, the Kentucky Wildcats have been getting waxed on the defensive end, allowing a combined 86 points in their last two games and 30-plus points in five of their last seven games. Northwestern finished the season as one of the hotter teams in the country and knows how to win close games. When Thorson and Jackson are feeding off each other, which they're doing currently, Northwestern is a tough team to stop. Not to mention Pat Fitzgerald is a coach you don't want to give extra time to. Kentucky has to prove its ready to take that next step. I'll take Northwestern by double-digits here.