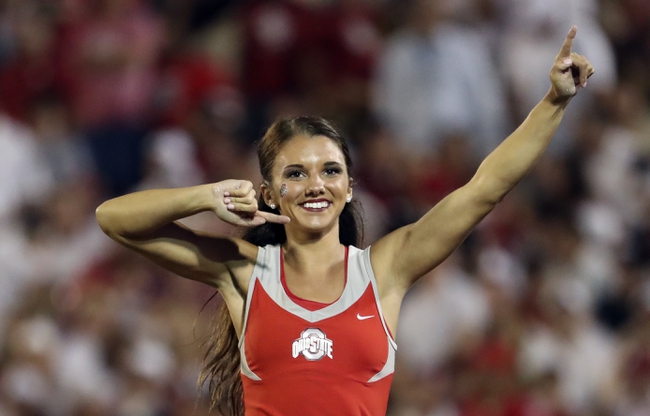 Down at AT&T Stadium on December 29, the USC Trojans and the Ohio State Buckeyes will be meeting up in the Cotton Bowl Classic.

USC comes into this one at 11-2 on the season. After a loss to Notre dame on October 21, the Trojans finished the year on a five-game win streak against Arizona State, Arizona, Colorado, UCLA and Stanford. In that Cardinal game, USC QB Sam Darnold logged 325 yards with two TDs.

On the season, Darnold has 3787 yards with 26 TDs and 12 picks, and Ronald Jones is the Trojans’ top rusher on 1486 yards with 18 TDs. Tops in receiving for USC is Deontae Burnett, with 975 yards and nine touchdowns from 74 catches.

Over on the Ohio State side, they’re sitting at 11-2 on the year. The Buckeyes last fell to Iowa on November 4 and since have beaten Michigan State, Illinois, Michigan and Wisconsin. In that last game, Ohio State QB JT Barrett logged 211 yards with two touchdowns and two picks.

This year, Barrett has 2939 yards with 35 touchdowns and nine picks, and the Buckeyes’ top rusher is JK Dobbins with 1364 yards and seven scores. Parris Campbell is Ohio State’s leading receiver on 587 yards and three touchdowns.

USC closed out the year on a solid run after a weak showing against Notre Dame, putting up at least 28 points in all five of their final games. Ohio State, meanwhile, has been scoring pretty well also with at least 27 in their last four games. The Buckeyes have really tightened up on defense since that Iowa debacle, and come into this one on a roll. I like Ohio State to cover here in a fun game.