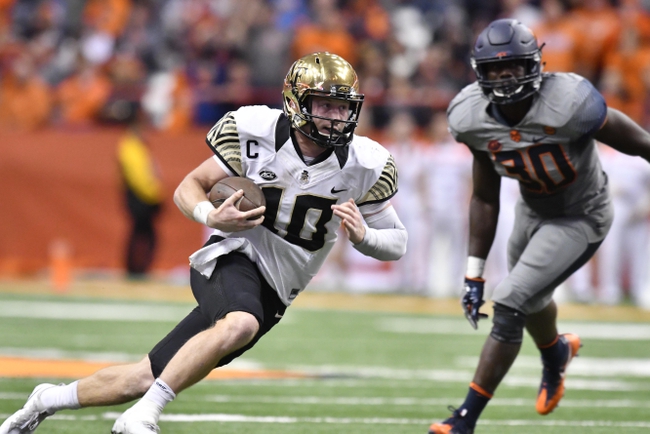 The Texas A&M Aggies and the Wake Forest Demon Deacons look to end their college football season with a win in the Belk Bowl.

The Wake Forest Demon Deacons can get win number eight with a victory in the Belk Bowl. Wake Forest enters their Bowl with some good offensive numbers with 33.7 points scored on 450.8 yards with the #35 passing attack producing 266.6 yards although the offense could run effectively as well behind a top 50 rushing game. The Demon Deacons didn’t excel at stopping anything defensively except keeping opponents out of the end zone with 26.3 points allowed on 444.2 yards despite being ranked in the bottom quarter against the run and pass.

Wake quarterback John Wolford connected on 63.7% of his throws for 2,792 yards for 25 touchdowns ad nine interceptions. The Demon Deacons spread the ball around effectively through the air with the injured Greg Dortch still topping the team with 53 catches for 722 yards while Tabari Hines, Scotty Washington and Cam Serigne combined for 116 receptions for 1,242 yards. Matt Colburn II was the Demon Deacons top runner with 754 yards on 145 carries followed by Wolford with 615 yards on 125 touches.

The Texas A&M Aggies will be coached Jeff Banks for their Bowl with Kevin Sumlin gone and Jimbo Fisher set to take over the program after the game. Texas A&M have generally been competitive with a few exceptions. The Aggies offense averaged 31.1 points on 389.6 yards but did not stand out which also fits the defensive numbers. Texas A&M allowed 28.7 points on 388.7 yards and were ranked the middle of the of college football in most defensive statistics.

Kellen Mond took most of the snaps early at quarterback for the Aggies and hit on 51.5% of his throws for 1,375 yards with an 8-7 TD-INT ratio. Nick Starkel proved to be more accurate at quarterback at 57% for 1,294 yards with ten touchdowns and five interceptions so Texas A&M has plenty of experience under center. Christian Kirk topped the Aggies receiving corps with 58 catches for 730 yards with Trayveon Williams leading the ground game  with 733 yards on 166 carries.