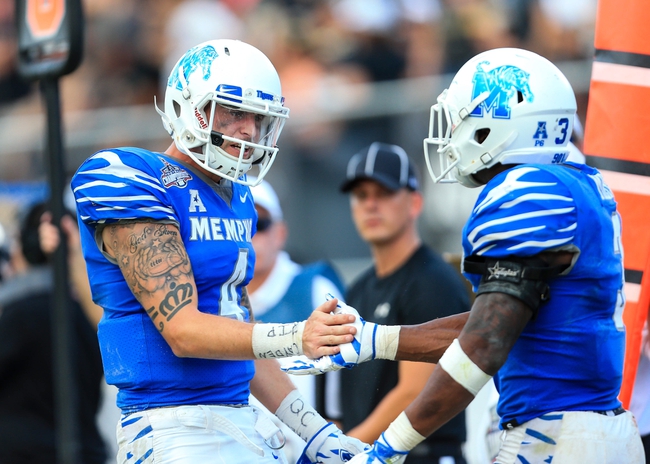 The Iowa State Cyclones face off against the #20 Memphis Tigers in the Liberty Bowl on ABC on Saturday afternoon.

The Iowa State Cyclones come into the Liberty Bowl with a 7-5 overall record, including a 5-4 mark in Big 12 play, losing 3 of their last 4 games down the stretch. Kyle Kempt threw for 1,473 yards, 13 touchdowns and 3 interceptions on 137 of 205 passing, good for a 66.8% completion percentage, while David Montgomery led the Cyclones on the ground with 1,095 yards and 11 touchdowns on his 234 carries. Allen Lazard led the team with 61 receptions for 799 yards and 9 touchdowns, while Hakeem Butler added 586 yards and 6 TD grabs. The Cyclones’ defence was something that the team could hang their hat on after allowing 20 points or less in 8 of their last 10 games. Iowa State gave up 368.4 yards per game while holding their opposition to just 21 points per game this season.

The #20 Memphis Tigers got to the Liberty Bowl by virtue of their 10-2 overall record, finishing with a 7-2 record in AAC play, good for the top spot in the AAC West division before falling to UCF in the conference championship by a final score of 62-55. Riley Ferguson threw for 3,971 yards, 36 touchdowns and 9 interceptions on 278 of 441 passing, good for a 63% completion percentage. Darrell Henderson led the Tigers ground attack with 1,16 1 yards and 9 touchdowns, while Patrick Taylor Jr. added 807 rushing yards with a team-high 13 rushing touchdowns. Anthony Miller was far and away Memphis’ top receiver with 92 catches for 1,407 yards and 17 touchdowns. Defence was not the strong suit of the Tigers as their offence was their best defence. The Tigers allowed 476.2 yards of total offence and 33.4 points per game, while totalling 548.2 yards of offence of their own with 47.7 points per game this season.

Iowa State was a beast ATS this season, covering in 10 of 12 games with a push in the 11th. And let’s not forget that there were some offensive powerhouses in the mix there, covering against the likes of Oklahoma State and an outright victory over Oklahoma, who are playing in the National playoffs. However, neither of those teams put forth the scoring prowess that Memphis has, putting up 40 or more points in 9 of their 12 games this season. Iowa State can hang around, but a lot of time this season Memphis scored at will, and I think they do it again to cap off a spectacular season with a win and cover here.