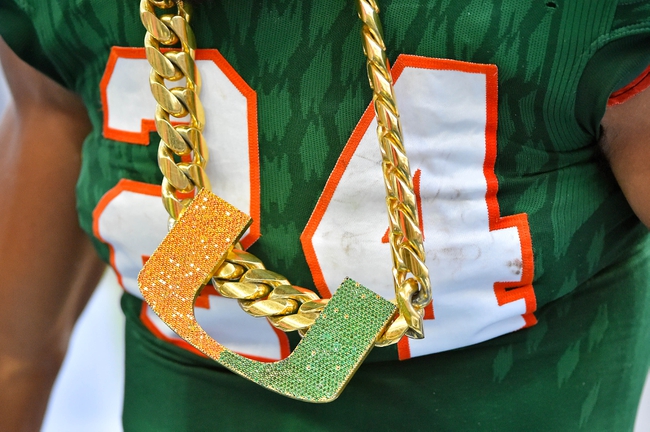 The Wisconsin Badgers and Miami Hurricanes meet Saturday in the college football Capital One Orange Bowl at Hard Rock Stadium.

The Miami Hurricanes hope to snap a string of back-to-back losses and win 11 games for the first time since 2003. The Miami Hurricanes have lost six of their last seven bowl appearances. Malik Rosier is completing 54.8 percent of his passes for 2,917 yards, 25 touchdowns and 11 interceptions. Rosier has two or more touchdown passes in five of his last seven games. Braxton Berrios and Christopher Herndon IV have combined for 1,111 receiving yards and 13 touchdowns while Ahmmon Richards has 24 receptions. The Miami Hurricanes ground game is averaging 159.6 yards per contest, and Travis Homer leads the way with 902 yards and seven touchdowns. Defensively, Miami is allowing 19.9 points and 359.8 yards per game. Jaquan Johnson leads the Miami Hurricanes with 85 tackles, Trent Harris has 8.5 sacks and Michael Jackson has four interceptions.

Many are off the Miami Hurricanes bandwagon after back-to-back losses and injuries to a lot of their key players. But we're still getting free points with the Canes at home, which holds some value. We've seen how Miami plays at home in big games and the players feed off that energy. As for the Wisconsin Badgers, we've been backing them all season long, and they do a great job of finding ways to win even if it isn't pretty. But we saw Wisconsin struggle with the speed of Ohio State, and one thing about Miami any season, there's a lot of speed on both sides of the ball. I also have questions about how effective Hornibrook will be against this aggressive Hurricanes defense, as he's not an accurate passer and doesn't handle pressure well. This is closer to a toss-up game in my eyes, but the fact we're getting nearly a free touchdown with Miami in a true home game, I can't pass it up.