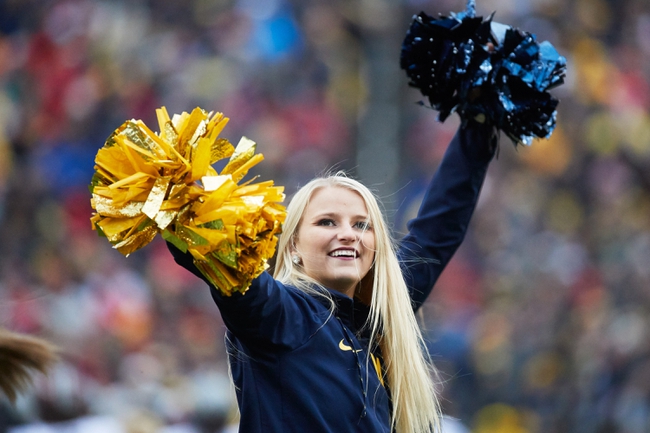 The Outback Bowl is coming our way on Monday from Raymond James Stadium as the Michigan Wolverines and the South Carolina Gamecocks meet up in college football action.

Michigan is sitting at 8-4 overall on the year. The Wolverines started out the season strong with four straight wins, but then fell in two of their next three against Michigan State and Penn State. After rattling off three straight wins, the Wolverines fell to Wisconsin and Ohio State to close out the year.

Leading the Wolverines in passing this year is John O’Korn, with 956 yards, two touchdowns and six picks on 83-of-156 passing. Karan Higdon is the top Michigan rusher on 929 yards and 11 TDs, while Grant Perry leads the receiving corps on 307 yards and a TD.

Over on the South Carolina side, they’re sitting at 8-4 on the year. The Gamecocks spread out their losses pretty evenly this year, never losing twice in a row but also never winning more than three games in a stretch (which they did once).

Jake Bentley has led the Gamecocks passing attack all year with 2555 yards and 16 TDs with 11 picks, while AJ Turner is the top rusher on 517 yards and three scores. Bryan Edwards leads the South Carolina receivers with 705 yards and four TDs off 59 catches.

Michigan has played a fairly tough schedule this season, but it’s still pretty easy to look at their stat sheets and feel let down. That said, South Carolina doesn’t inspire a whole lot of confidence either, even though they won five of their last seven games. This is probably one to stay away from due to the variables here but I’m going to go with the Gamecocks to cover.