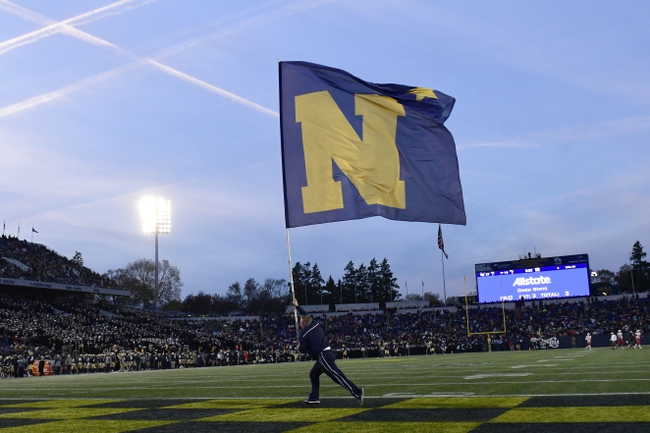 The Navy Midshipmen begin their 4th season in the American Athletic Conference.

Overview: Navy looks to their option attack to make some noise in the AAC and garner another Bowl invitation.

Offense: The Navy Midshipmen will look to Malcolm Perry at quarterback after playing slotback for the majority of 2017. Perry was Navy’ s second leading receiver with 303 yards on 23 receptions and was the second leading runner with 1,182 yards on 138 carries. The Midshipmen lose Darryl Bonner and with Perry under center that leaves Tre Walker and Keoni-Kordell Makekau as the duo who must produce on the ground. Anthony Gargiulo is penciled in as the Middies fullback while five O-Linemen with starting experience return.

Defense: Navy will score but the question is can the defense get enough stops. The effectiveness of the Midshipmen defense depends on the guys up front and Jackson Pittman and Jarvis Polu are two names to watch. The Midshipmen have some new faces at linebacker but the secondary sports plenty of experience and playmaking ability.

Special Teams: Bennett Moehring was just 8-15 on field goals while Owen White has the job at punter while Reggie Hayes will handle the Navy return duties.

Outlook: The Midshipmen will win enough games to go Bowling and with the schedule not quite as difficult as last season another win or so is a possibility.