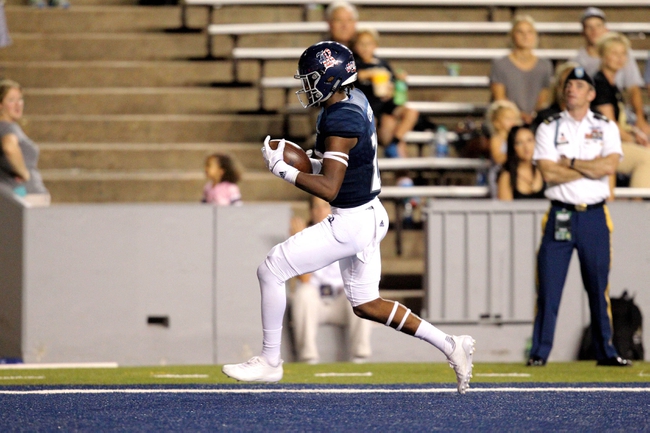 The Prairie View A&M Panthers are coming off a hit or miss season with just six wins, but they finished the year with three straight victories, so there’s momentum with this club. Lavell McCullers returns at quarterback after 145 pass attempts last season, and he should be able to improve his completion percentage with more consistent reps. The bad news is that Prairie View lost its leading rusher and top three receivers from last season, leaving Markcus Hardy and Dawonya Tucker forced to step up in larger roles. Defensively, the Panthers flashed moments last season and should be able to build on that with a playmaking linebacker in Anthony Stubbs back in the middle of the field as well as safety Reggie Stubblefield, who covers a ton of ground and made plays in the backfield. The Prairie View A&M Panthers have a lot of questions, especially on offense, but this is a team that will continue to play hard and be in games.

The Rice Owls has nowhere to go but up after just four wins last season, and they bring in Stanford assistant Mike Bloomgren to become a first-year head coach. Bloomgren wants to bring the physical offense over from Stanford, and he has a trio of running backs in Nahshon Ellerbe, Austin Walter and Emmanuel Esupka, that will allow him to do so. Rice also has one of the top playmaking wide receivers in the country in Aaron Cephus, who had nine receptions last season of 25 or more yards. The obvious question is who is going to play quarterback for the Owls, but whoever it is, they’ll have plenty of help around them in terms of playmakers. Rice has a new defensive coordinator in Brian Smith from Michigan, and he’ll have his work cut out for him on this side of the ball with a lot of new faces. Of course, it doesn’t help that Blain Padgett tragically died a couple of months ago unexpectedly. The Rice Owls are going to need patience to turn things around, but they do have some promising young coaches leading the way.

Rice will be able to move the football this season, but breaking in a new coach and there being so many questions on defense, there's going to be growing pains often with this squad. The good news is that the Prairie View A&M Panthers aren't a very good football team and lost a ton on the offensive side of the ball from a year ago. If there was ever a game for Rice to drop the hammer down and get a feel good victory, it would be here. I expect a more physical Owls squad that owns the trenches and looks to open things up from the start. There's not many times Rice has a chance to look dominant on the field. This is one of those games. I'll take the Owls by three touchdowns.