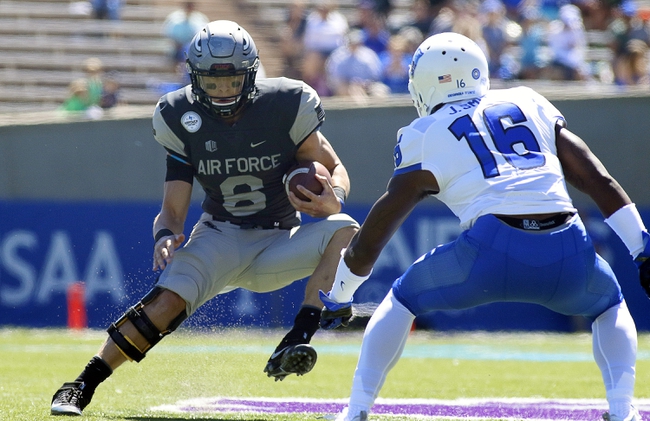 The Kennesaw State Owls are coming off a 12-win season and are considered by many to be the Big South favorites. Chandler Burks returns at quarterback after throwing for 18 touchdowns last season, and he has a bunch of weapons around him, including running back Darnell Holland and wide receiver Justin Sumpter. Kennesaw State also has three experienced offensive linemen, which will help the Owls follow up last years unit that averaged 30 points per game. Defensively, Kennesaw State returns four of its top seven tacklers from last season, including Bryson Armstrong, who had 11 sacks and Jace White & Dorian Walker, a defensive back duo that combined for five interceptions. The Kennesaw State Owls are a talented squad that’s used to winning, so this isn’t going to be your typical cupcake opponent that gets beat up opening week.

The Georgia State Panthers are coming off a seven-win season and hope coach Shawn Elliott can continue to build this program into something long term. Georgia State has to find a quarterback this season, but whoever wins the job will have one the better wide receiver duos in the Sun Belt in Penny Hart and South Carolina transfer Christian Owens. The offensive line also returns four of five starters, so there’s potential with this offense and things to work around. Defensively, Jerome Smith is one of the better cornerbacks in the Sun Belt and defensive lineman Dontae Wilson also has a chance to earn all conference honors. There’s a lot of youth to this Georgia State defense, but those two players alone will help speed up the production. The Georgia State Panthers have never had back-to-back winning seasons in FBS competition, so this is a big season in terms of building this program up and becoming respectable.

The Kennesaw State Owls are more than capable of winning this game, as they're probably head and shoulders the best team in the Big South and have a ton of production returning from a 12-win team. However, the Georgia State Panthers are a program that's trying to come up and is coming off a solid season. The last thing Georgia State needs is to start the year with a loss to an FCS program. Georgia State has enough on the offensive side of the ball to get the job done here, as the Owls don't see the type of receivers the Panthers have in the Big South. I'll take the point here.