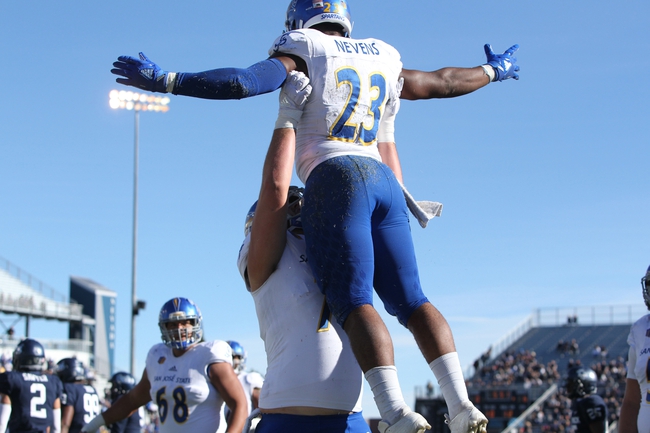 The UC Davis Aggies won five games last season and are expected to be a below average team once again in the Big Sky. The good news for the Aggies is that Jake Maier returns at quarterback, a guy who threw for over 3,600 yards and 26 touchdowns while completing almost 69 percent of his passes. When you have a QB like Maier, it’s going to mask a lot of issues elsewhere. Namane Modise should be able to takeover at running back while Keelan Doss and Wesley Preece return as one of the top receiving duos in the conference. UC Davis will score points this season, the issue is a defense that allowed 32 points per game last season and lost its leading tackler. Terrell Cloud could be able to build on the five sacks he had and Vincent White is a playmaking defensive back, but there’s some questions with this unit that need to be addressed before trusting this team. Overall, the UC Davis Aggies have a high-powered offense that can make noise, so I wouldn’t write this squad off just yet.

The San Jose State Spartans have won a combined six games the last two years and can only hope a second season under Brent Brennan will improve things. San Jose State is deep at receiver and has a running back in Tyler Nevens who could push for 1,000 rushing yards this season. The Spartans also have an experienced offensive line, but this unit won’t improve much unless it can find a reliable quarterback. Montel Aaron showed very little consistency last year, so there’s reason to be worried. Defensively, San Jose State has a very deep defensive front led by one of the better lineman in the conference in Bryson Bridges. Ethan Aguayo is a versatile player who has gotten better each season and should sniff 100 tackles for the first time. The San Jose State Spartans have lost four of their last seven regular season openers.

The UC Davis Aggies have the potential to be a really good offensive team and may be a little overlooked from the media that covers them. However, I'm not sure why UC Davis is a favorite on the road against a team from the MWC. That seems like pushing it a bit. San Jose State has its issues and is likely in for another rough season, especially on the defensive side, but that doesn't mean the Spartans should be getting points against an FCS squad. If San Jose State isn't favored to win this contest, it likely won't be favored in any game. Give me the home team and the free points.