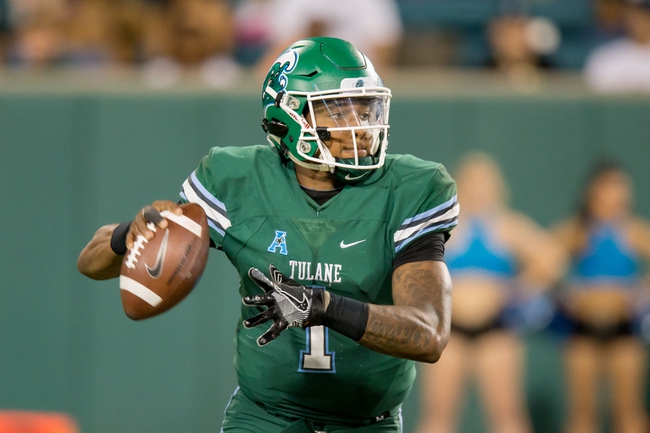 The Wake Forest Demon Deacons have made back-to-back bowl appearances for the first time in a decade and have now become an intriguing ACC dark horse. Kendall Hinton is a playmaking quarterback who has some experience and should be able to repeat what John Wolford did last season, but he will be suspended for the first three games of the season. Matt Colburn II returns at running back after 900 yards and seven touchdowns while the offensive line is experienced and Greg Dortch proved he’s one of the top receivers in the ACC as a freshman. Defensively is where Wake Forest has lots of concerns, especially in the front seven where majority of the key contributors are no longer on the team. There’s going to be early hiccups defensively with Wake Forest, but the backend should be fine with Essang Bassey and Cameron Glenn at defensive back. The Wake Forest Demon Deacons should once again surprise people this season and make a third straight bowl for the second time in school history.

The Tulane Green Wave have failed to make a bowl appearance the last four years and with Willie Fritz entering his third season, the pressure is starting to build. The good news is Tulane finally has a quarterback it can count on in Jonathan Banks, who threw for 12 touchdowns and rushed for over 500 yards last season. There’s also oodles of talent at wide receiver with the return of Terren Encalade, Darnell Mooney and Jabril Clewis. For the first time in forever, Tulane could be an offense that consistently scores 30 points, as the outside weapons are there and the quarterback has playmaking ability despite not reaching his full potential. Defensively Tulane lost a lot of production, but many players are moving to their natural position this year and the return of defensive end Robert Kennedy will help tremendously. The Tulane Green Wave will be exciting for once, but this has to be the year the bowl streak is snapped if its going to be considered a success. Charles Jones is questionable with an ankle injury.

You're asking a lot of Wake Forest to win a game comfortably on the road without a proven quarterback and a defense that has a lot of question marks. The Tulane Green Wave obviously aren't a football powerhouse, but if there was going to be a season for them to snap this bowl drought, it would be this year with the returning talent and Banks at quarterback. Tulane also lost a ton of close games last year, as four of its seven losses were decided by six or less points. Tulane was 7-4-1 ATS last season and 5-1 ATS at home last year. The Green Wave will have their chances to win this game. I want a free touchdown in my back pocket.