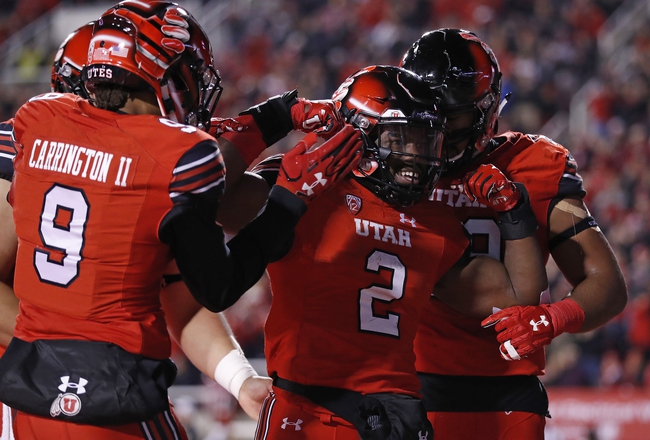 The Weber State Wildcats will travel to Rice-Eccles Stadium to take on the Utah Utes to kick off their college football seasons this upcoming Thursday, August 30th.

The Weber State Wildcats of the FCS are coming off one of their best seasons in program history as they finished the season ranked 5th in the FCS division with an 11-3 (7-1 Big Sky). Offensively, Weber State averaged 33.7 ppg on 397.6 total yards per game (218.2 passing yds/g; 179.4 rushing yds/g). Weber State will need to find a replacement for QB Stefan Cantwell (61.4 Comp %, 212.7 passing yds/g, 25 TD, 7 INT) however, still should have a balanced rushing attack led by RB Treshawn Garrett (49.9 yds/g; 6 TD), RB Kevin Smith (40.1 yds/g; 6 TD), RB David Jones (35.2 yds/g; 3 TD) and FB Brady May (2 TD). Weber State will also be returning two key pieces of the offense in First Team All-League players in OT Iosua Opeta and WR Rashid Shaheed (38.9 yds/g 3 TD. Defensively, Weber State will be returning 7 starters from a defense that held its opponents to just 17.6 ppg on just 343.3 total yards per game (222.9 passing yds/g; 120.4 rushing yds/g). Weber State forced its opponents into committing 18 INT’s last season and will be led by LB LeGrand Toia who led the team with 79 tackles last season. On top of their solid defense, the Wildcats had the overall top ranked special teams unit last season in FCS and should be pretty solid against with the return of their FG kicker, Trey Tuttle, who converted on 19 of 22 FG’s last season.

The Utah Utes finished last season with an overall record 7-6 (5-4 Pac-12), however, there is reason for some optimism for the Utes to be competitive enough to win the Pac-12 South Division. Offensively, Utah averaged 29.5 ppg last season on 413.4 total yards per game (207.1 passing yds/g; 164.0 rushing yds/g). At QB, Tyler Hunley showcased his duel-threat ability last season which made him the surprised choice at QB over senior Troy Williams last season. Huntley, who battled some injuries last season, finished the season completing 63.8% of his passes for 241.1 yds/g to go along with 15 TD and 10 INT. Huntley also averaged 53.7 rushing yds/g and ran in 6 TD’s. Hunley should win the QB battle however, will have little room for error as Utah’s top incoming talent is QB Jack Tuttle who had the talent to take over for Huntley if he struggles. Leading the rushing attack for the Utes will be Zack Moss who ended the season rushing for 346 yards over his last two games and finishing the season with 10 TD’s while averaging 90.2 rushing yds/g on 16.5 att/g. Utah will be a bit inexperienced at the receiver position and will hope that Junior Siaosi Wilson (1.8 rec/g; 35.7 yds/g; TD) can help replace the production loss by the departure of Darren Carrington II. Defensively, Utah held their opponents to just 23.2 ppg on 338.4 yards per game (207.1 passing yds/g; 131.3 rushing yds/g). Utah only returns 4 starters on the defensive end however, their defensive line generally is always solid and they have one of the best cornerbacks in the league in Julian Blackmon. Utah should have the best kicking game in the Pac-12 this season as both their kicker, Matt Gay, and punter, Mitch Wishnowsky, are both pre-season First-Team Pac-12 selections.

Weber State was competitive in their 33-20 loss at California last season and shouldn’t be overlooked by the Utes as although they might not be as talented as the team we saw last year, they’re still a top-25 FCS team. The Wildcats would be an interesting option with what I imagine will be a lot of points if they still had Stefan Cantwell, however, the lack of experience behind center is going to make it tough for Weber State to be competitive in this one. Utah’s backfield of Huntley/Moss should be able to find success agianst the Wildcats in this one and as I just don’t see the Weber State offensive finding any traction on the road agianst the Utes defense, I’m leaning on taking Utah to cover a big spread in this one. The line has yet to be released, so please check back later for