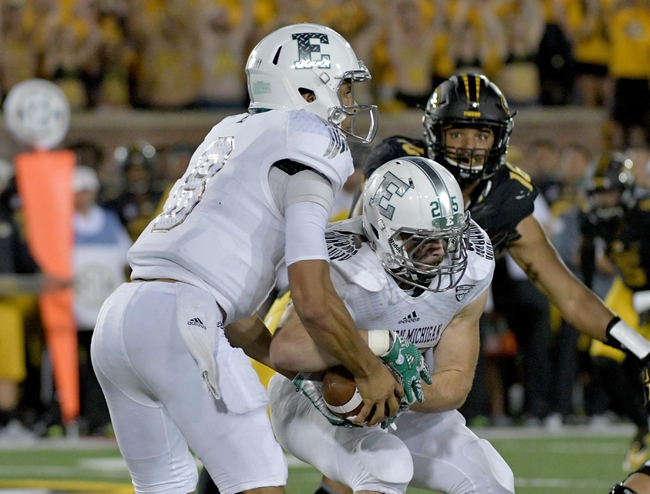 The Monmouth Hawks went 9-3 in 2017 behind a strong offense that outscored the opposition 33-28.  The Monmouth offense will be strong once again with quarterback Kenji Bahar bringing back 2,368 passing yards and 16 scores.

Reggie White is the Hawks top receiving option with 74 receptions for 874 yards in 2017 while Peter Guerriero ran for 1,061 yards and was named Big South Freshman of the Year. The Monmouth offensive line has enough back to be effective on the ground and in pass protection. It’s up to the Hawks defense to avoid shootouts and to control the scoreboard against some of the bigger names on the schedule.

The Eastern Michigan Eagles were just 5-7 a year ago with six defeats coming by a single score.  Tyler Wiegers (Iowa grad transfer) takes over under center but Eastern Michigan will have to find receiving options. The Eagles lost four of their top five receivers with Matthew Sexton being the top target back with 357 yards on 26 receptions.

Ian Eriksen tops the Eagles on the ground but a so, so rushing attack should be improved with four starters returning on the offensive line. The Eagles defense ranked second in the MAC and return six of their top eight tacklers with the departures at linebacker being the biggest question mark.