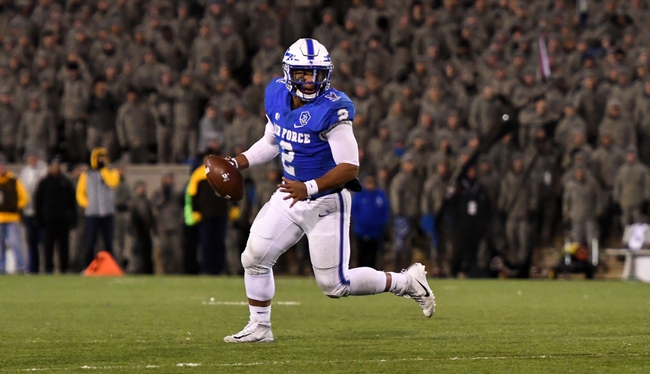 The Stony Brook Seawolves head west to battle the Air Force Falcons to kick off their 2018 college football season.

The Stony Brook Seawolves outscored opponents 29-21 on the way to a 10-3 record and playoff appearance in 2017. Stony Brook returns quarterback Joe Carbone who was a 56% passer and now needs to find a few options with top receiver Ray Bolden gone and top returning receiver Danavin Washington being a possession type guy.

The Seawolves will lean on Doanald Liotine on the ground who was the second leading runner with 711 yards while Jordan Gowins will get his share of carries. The Seawolves do make a lot of plays behind the line of scrimmage and are stingy overall with opponents managing just over 4 ½ yards per play in 2017.

The Air Force Falcons were only 5-7 a season ago as the team was outscored 32-31. The Air Force offense begins with quarterback Arion Worthman who struggled to throw and run. The Falcons need a go to guy in the ground game with Tim McVey gone and Malik Miller is the name to keep an eye on.

The run first AFA offense will still throw enough to keep opponents  honest and Ronald Cleveland is the receiver that will get open. The Falcons will get enough push from the offensive line getting enough push to easily crack the 300 yard plateau. Air Force can do everything right offensively but it won’t matter unless the defense shows the ability to control the run.