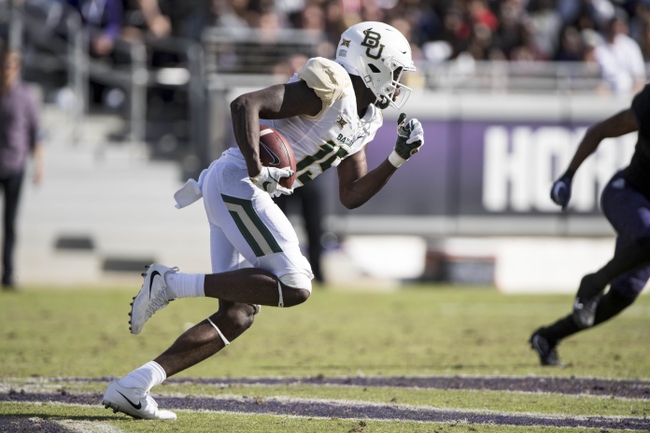 The Abilene Christian Wildcats face off against the Baylor Bears in college football action at McLane Stadium on September 1.

The Wildcats are coming off a pretty lousy season in 2017, as they finished at 2-9 overall and 2-7 in Southland Conference play. Abilene Christian’s two wins came against Houston Baptist and Incarnate Word.

The Wildcats will once again be under the tutelage of second-year head coach Adam Dorrel, who is flanked by OC Josh Lamberson and DC Tremaine Jackson, each in their second years as well.

Over on the Baylor side, they’re fresh off a disappointing season in 2017 as well. The Bears went just 1-11 and 1-9 in Big 12 Conference play. The only win for the Bears came later in the season at Kansas 38-9.

Charlie Brewer will take the reins under center once again for the Bears, as he’s coming off 1562 yards with 11 touchdowns and four picks. He’ll be backed up by running backs John Lovett and JaMycal Hasty, who combined for six rushing touchdowns last season.

Well, let’s see here. We’ve got a couple of underperforming teams in this matchup, and there’s really not a whole lot to get excited about if you’re not a fan of either squad. That said, there’s plenty of room for improvement on both sides, and we’ll probably get a better record this season from both programs. All things considered, I think Baylor has control of this game and can cover without too much difficulty.