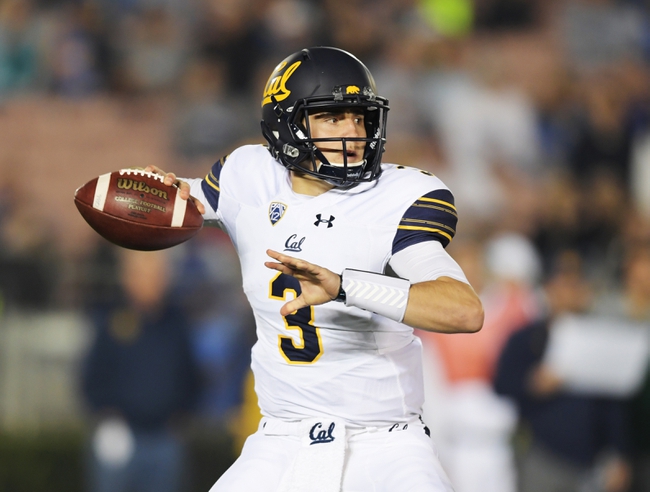 The California Golden Bears struggled at the end of last season, losing 4 of their last 5 games, and finished their season with a 5-7 (2-7 Pac-12) overall record. The good news for the Golden Bears is that they are returning basically their entire offense that averaged 27.8 ppg on 384.5 total yards per game (125.6 rushing yds/g; 258.9 passing yds/g). QB Ross Bowers will be leading the way for the California offense is coming off a season in which he completed 59.0% of his passes with 18 TD & 12 INT while averaging 253.3 passing yds/g. Bowlers will have his top two receivers back in Vic Wharton III (5.6 rec/g; 72.6 yds/g; 5 TD) and Kanawai Noa (5.1 rec/g; 71.6 yds/g; 4 TD). Leading the way for the Golden Bears backfield will be their leading rusher from last season, Patrick Laird, who had 8 TD’s last season while averaging 102.5 rushing yds/g. California made a great improvement on the defensive end last season as they allowed their opponents to average 28.4 ppg on 429.9 total yards per game (164.7 rushing yds/g; 258.9 passing yds/g). The Golden Bears will have a lot of questions as their defensive line will be very inexperienced however, they do return 7 starters led by LB Jordan Kunaszyk.

North Carolina will be looking from some pay back after they dropped a 35-30 battle at home to California last season to open their season however, it’s going to be  tough battle for the Tar Heels as their offensive line doesn’t have much experience which could make the life of the North Carolina QB difficult. The Tar Heels have struggled defensive, especially agianst the rush, over the last few seasons and as I expect the Golden Bears offense getting off to a quick start as basically all their important playmakers have returned, I’m taking California to cover this home spread.