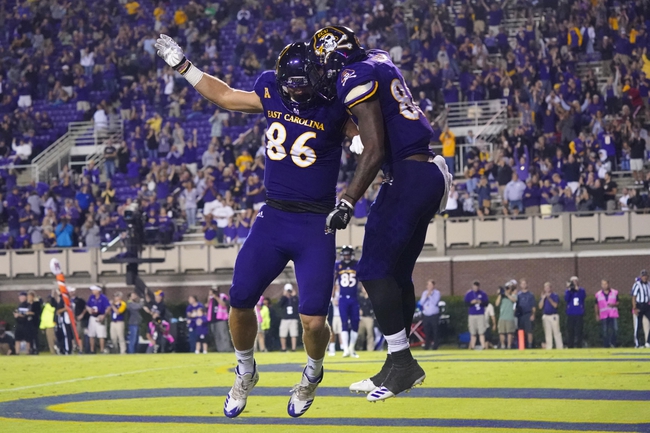 The East Carolina Pirates have won six games the first two seasons under coach Scottie Montgomery and have missed the bowl season for three straight years. ECU will have a new quarterback in Reid Herring, new wide receivers leading the way, and Hussein Howe will hope to improve what was a dreadful rushing attack last season. The one bright spot for East Carolina offensively is wide receiver Trevon Brown, who has an NFL skill set and topped 1,000 receiving yards last season. Still, there are sure to be growing pains early on with this side of the ball. Defensively, East Carolina has nowhere to go but up after finishing dead last in points allowed and yards allowed per game. Alex Turner has potential to be one of the best defensive linemen in the AAC and linebacker Aaron Ramseur showed flashes last season as a freshman linebacker. The East Carolina Pirates have a lot of questions that need answers if this is going to be the year they become a respectable team in the AAC.

The North Carolina A&T Aggies just beat one of the top FCS teams as seven-point underdogs despite getting little to nothing from their offense. Raynard and Cartwright are capable of so much more on the offensive end and usually put up impressive numbers. It's also important to mention that Raynard is 27-0 as a starting quarterback, so this team is led by a confident QB who expects to win whenever he takes the field. The East Carolina Pirates lost a lot on the offensive side of the ball and remain one of the worst defensive teams in all of college football until proven otherwise. This is a game North Carolina A&T could win outright yet again, and getting eight free points feels like a steal.