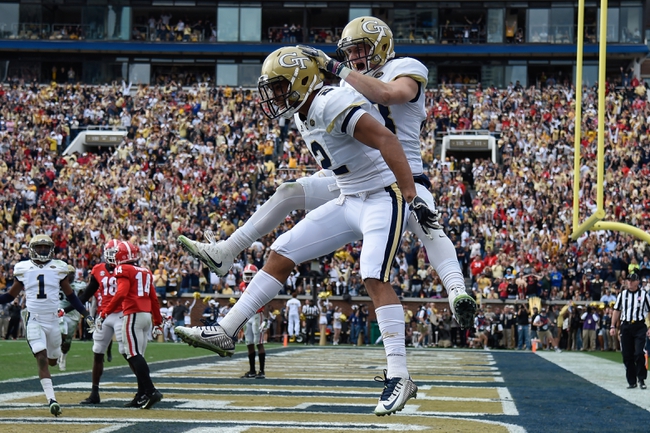 The Alcorn State Braves and the Georgia Tech Yellow Jackets will match up in college football action on September 1.

Alcorn State is coming off a pretty solid season in 2017. The Braves finished 7-5 and 5-2 in the SWAC, winning the East Division. Things ended on something of a sour note however, as the Braves lost to Grambling in the SWAC Championship Game.

Over on the Georgia Tech side, they managed to go 5-6 last season and 4-4 in ACC play. That result was good for third place in the Coastal Division. That said, the Jackets rattled off a few notable wins in 2017, including victories over Jacksonville State and Virginia Tech.

The Jackets will once again be led by QB TaQuon Marshall, who put up 927 pass yards with 10 TDs last season, along with leading the team in rushing with 1146 yards and 17 TDs. KirVonte Benson will be a big part of the attack once again this year following his 1053 rush yards with six scores last season. Brad Stewart and Jalen Camp will be stepping up as the main receiving threats as well.

There’s not much of a secret as to what Georgia Tech is going to do this year: run, run and run some more. When you have weapons like Marshall and Benson, it just makes sense. I don’t think there’s much of a reason to try to open it up either; the Jackets will stick with what works. Along with the familiarity of another year, I think that’s a major advantage in a season-opening game like this, but with the thick line I can't take GT here.