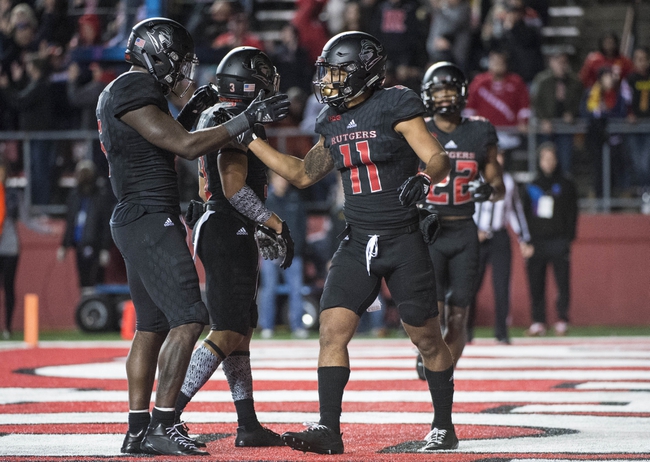 The Texas State Bobcats are still trying to get their feet wet since joining the FBS, as this is a program that’s won just seven games in the last three years. Offensively, Texas State is young across the board, from quarterbacks Willie Jones III and Jaylen Gipson to a receiving core that lost some of its top options. The good news for the Bobcats offense is that they have a stable of running backs from last year that helped produce 1,600 yards and 11 touchdowns. Texas State also returns three starting offensive linemen, which should help. Texas State is much more reliable defensively where Bryan London and Frankie Griffin will lead the charge and a secondary that remains intact from a year ago. Now, Texas State did allow 33.6 points last year, so this isn’t a team used to getting stops, but there’s experience on this side of the ball and that will produce change. The Texas State Bobcats enter this game losing 10 of their last 11 games SU.

The Rutgers Scarlet Knights have won a combined 10 games the last three years and they can only hope things improve under the third year of Chris Ash. There could be hope for Rutgers, as the offense has a highly recruited quarterback in Artur Sitkowski, who had offers from Miami, Florida, LSU and Michigan. I expect Sitkowski to start most games this season and inject life in this Rutgers offense. The offensive line returns three of five starters and a running back duo of Jonathan Hilliman and Raheem Blackshear is sure to turn some heads. Defensively, Trevor Morris is one of the more underrated defenders in the college game and Deonte Roberts has been consistent each of the last two years. Rutgers is very talented at linebacker and in the secondary, it all comes down to how much of a pass rush can be developed this season. The Rutgers Scarlet Knights have the pieces to push for a bowl game for the first time since 2014. Do not sleep on this squad.

This is going to be one of the more exciting and successful seasons for the Rutgers Scarlet Knights in recent memory. Sitkowski is the real deal at quarterback and that alone is enough to help Rutgers win more games than its used to. The Scarlet Knights also have playmakers around him and some defenders who could become household names as the program gets more national coverage. This is the year Rutgers can make many folks forget about the ugly struggles. The Texas State Bobcats are simply still adjusting to the higher level of comp and have done little to nothing to inspire bettors to get behind them. I can't see how you don't lay the points with Rutgers. A new era is here thanks to its soon to be star quarterback.