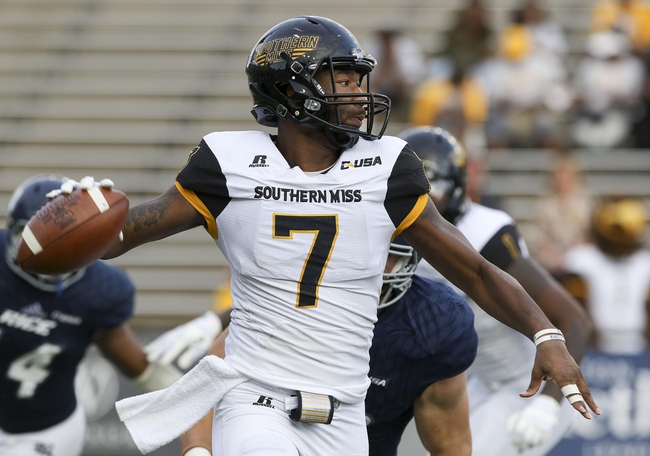 The Jackson State Tigers open their college football season on the road at the Southern Mississippi Golden Eagles.

The Jackson State Tigers have their sights set on a rebound from a 3-8 record in 2017 and it all begins with improvement from an offense that averaged less then 13 points. Jackson State quarterback Derrick Ponder (JUCO transfer) was impressive in the spring and will likely have a receiver by committee passing attack with Carle Ollie and Benky Parrish heading the group.

The Tigers return their top runner in Jordan Johnson who totaled 647 yards and six touchdowns while Terrell Kennedy ran the ball 61 times for 309 yards while also bringing back kicks. The Jackson State offensive line will  be under the gun to open holes in the run game and protect Ponder in the passing attack. The Tigers defense allowed just under 26 points and will need to be the foundation once again if the offense struggles once again.

The Southern Mississippi Golden Eagles will be looking to match last season’s 8-5 record where opponents were outscored 29-25. Southern Mississippi will probably begin the year with Kwadra Griggs at quarterback but many of his weapons from 2017 are gone. Ito Smith is the biggest loss as he was the Golden Eagles top runner and third leading receiver.

Southern Miss also graduated their top four receivers with Jaylond Adams and Tim Jones asked to step up while Tez Parks will be seeing more work in the ground game. The good news is the Golden Eagles have a solid offensive line to lean on. The bad news for Southern Miss revolves around finding some interior linemen and a reliable secondary especially at safety.