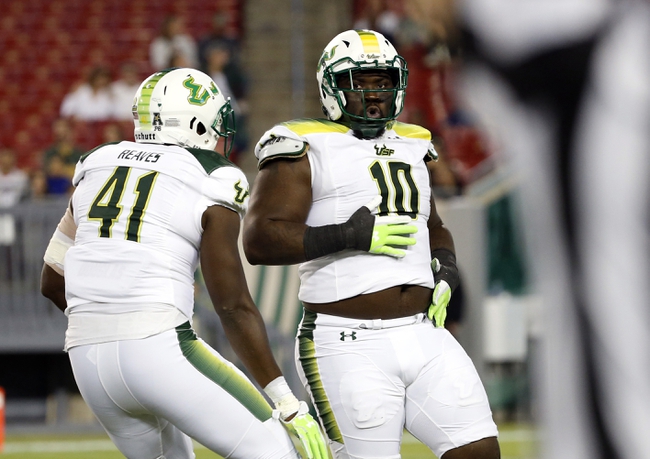 The Elon Phoenix are coming off an eight-win season that ended with them losing in the first round of the FCS Playoffs. Davis Cheek returns at quarterback after throwing for 15 touchdowns and 2,400 yards, but he must take better care of the football and improve his completion percentage this season. De'Sean McNair and Malcolm Summers are sure to form a solid 1-2 punch at running back, while Kortez Weeks and Corey Joyner are back as two of the top three receivers from last year. Assuming the QB play improves, Elon should be an effective offense in the CAA this season. Defensively, Elon returns its top tackler from last season in linebacker Warren Messer and Daniel Reid-Bennett was third on the team in tackles while producing eight pass break ups. Elon has a chance to be better defensively this season with four of their top five tacklers returning. The Elon Phoenix are going to be a sleeper team in the CAA this season.

The South Florida Bulls have won 21 games the last two seasons and were so close to winning the AAC last season in the first year under coach Charlie Strong. USF will have the daunting task of finding a replacement for quarterback Quinton Flowers, and it doesn’t help that its top two running backs are also no longer on the team. The good news is that South Florida returns three starting offensive linemen, running back Jordan Cronkrite comes over from Florida and Tyre McCants had seven touchdown receptions last season on 36 catches. Still, there’s questions on this side of the ball with no star at the quarterback position. Defensively, USF will be asked to replace six starters, but Greg Reaves is coming off a season in which he had 14 tackles for loss and cornerback Ronnie Hoggins has 132 tackles and six interceptions under his belt. The South Florida Bulls still have enough raw talent and one of the better coaches in the AAC to make a push for a conference title, but there’s much less guarantee than there was a season ago.

The Elon Phoenix played some of the top teams in the FCS last season, so this is a battle tested team that should be ready for the task. The problem is South Florida is like many Florida schools, there's a massive speed advantage across the board when going up against lesser teams. USF doesn't have the playmaking quarterback it had last season and lost some playmakers on both sides of the ball, but the elite atheltes and the speed is still there. Elon doesn't have that and it puts them at a serious disadvantage when trying to stay in front of guys. This is a big number to lay for a USF squad that will probably lack motivation, but the Bulls can open this game if if they choose.