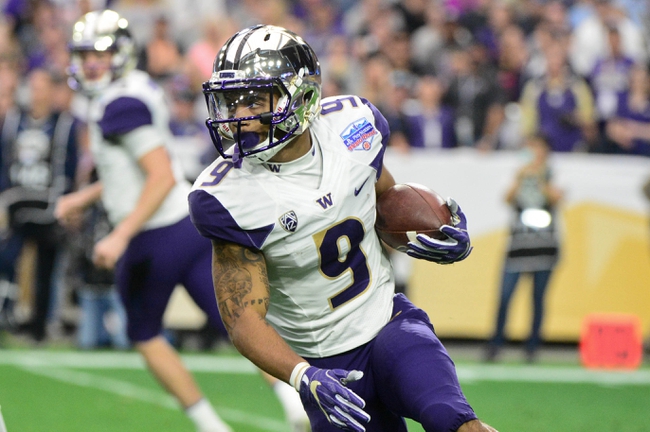 The Auburn Tigers are coming off a 10-win season and have a chance to win double-digit games back-to-back years for the first time since 1988-89. The Auburn Tigers have won four of their last five regular season openers. The Tigers offense has offensive line concerns, but Jarrett Stidham is arguably the best quarterback in the SEC, and when you give Gus Malzahn a quarterback, everything else seems to fall in place. Running back Kam Martin should become a household name with a larger workload and wide receiver Ryan Davis is coming off a season in which he broke a school record with 84 receptions. It’s going to be tough to find a better defensive front than Auburn, as Derrick Brown, Marlon Davidson and Dontavius Russell are next level caliber players and combined for 22 tackles for loss last season. Auburn lost experience in the secondary and at linebacker, but that group of players along with Deshaun Davis, who led the Tigers with 82 tackles, should be good enough to keep this side afloat while younger players ease into their role. The Auburn Tigers have lost their last three neutral site games.

The Auburn Tigers defensive front scares me with this smaller Washington offensive line, even if it's loaded with NFL prospects. This game is also played in SEC country, so it's not exactly going to be a neutral site, as Auburn fans are used to traveling to Georgia for games. With clear advantages for Auburn, we can't ignore that Washington is the better team, led by experienced playmakers and an offense that's going to score boatloads of points. Chris Petersen has also made a living beating quality teams when he has extra time to prepare, and this feels like a bigger game for Washington in terms of the playoff race, as there's less chances to prove yourself in the Pac-12 than in the SEC. We're getting the better team and free points. I don't pass that up often.