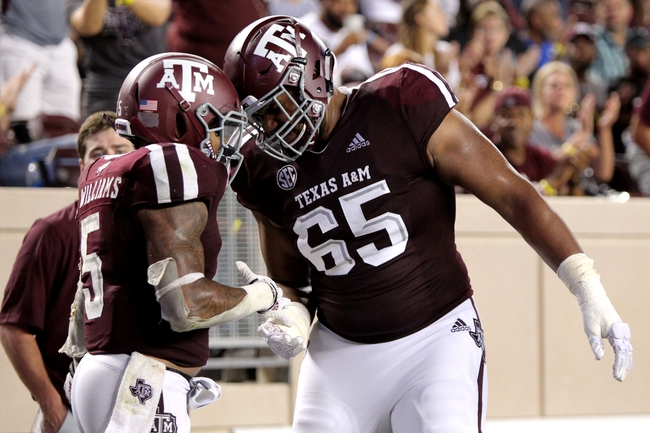 The Clemson Tigers look for a big road victory to start 2-0 for the fourth straight season. The Clemson Tigers have won four of their last five road games. Trevor Lawrence is completing 60 percent of his passes for 137 yards, three touchdowns and zero interceptions. Lawrence enters this game with 15 career pass attempts under his belt. Amari Rodgers and Cornell Powell have combined for 86 receiving yards and one touchdown while Derion Kendrick has one reception. The Clemson Tigers ground game is averaging 254 yards per contest, and Lyn-J Dixon leads the way with 89 yards on six carries. Defensively, Clemson is allowing seven points and 163 yards per game. Christian Wilkins leads the Clemson Tigers with seven tackles, Clelin Ferrell has one sack and Derion Kendrick has one forced fumble.

The Texas A&M Aggies look for a monster upset victory to start 2-0 for the fifth time in the last six years. The Texas A&M Aggies have split their last six home games. Kellen Mond is completing 68 percent of his passes for 184 yards, two touchdowns and zero interceptions. Mond has at least one touchdown pass in six of his last 10 games. Jhamon Ausbon and Jace Sternberger have combined for 137 receiving yards and two touchdowns while Camron Buckley has three receptions. The Texas A&M Aggies ground game is averaging 503 yards per contest, and Trayveon Williams leads the way with 240 yards and three touchdowns. Defensively, Texas A&M is allowing seven points and 251 yards per game. Buddy Johnson leads the Texas A&M Aggies with four tackles, Donovan Wilson has one tackle for loss and Keldrick Carper has two pass deflections.

It's no secret the Clemson Tigers are the better team here and are loaded with the best defensive front in the sport. However, the Texas A&M Aggies have some impressive talent of their own and are led by a coach in Jimbo Fisher who gets his players ready for big games and has had success against the Tigers over at Florida State. Texas A&M has the running game to slow the game down and could frustrate this Clemson defense with its creativity and explosivness of Trayveon Williams. Not to mention it's a night game in College Station, one of the best crowds in college football. This is a game I expect the Aggies to hang around in, so I'll take the points.