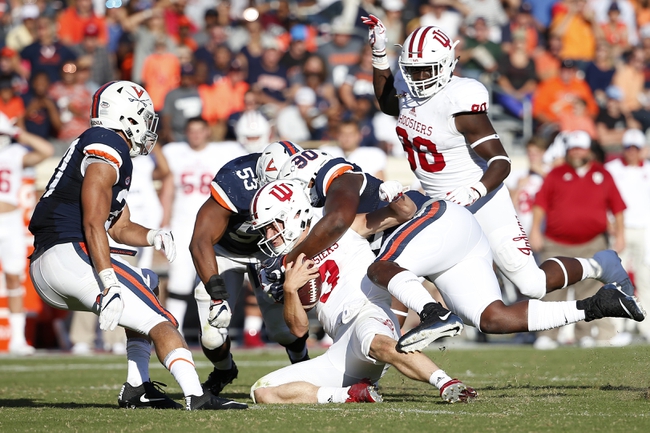 The Indiana Hoosiers look for a 2-0 start for the second time in three years after beating FIU, 38-28. The Indiana Hoosiers have split their last six home games. Peyton Ramsey is completing 74.1 percent of his passes for 156 yards, three touchdowns and one interception. Ramsey has six touchdown passes on his last 68 pass attempts. Donavan Hale and Luke Timian have combined for 110 receiving yards and two touchdowns while Ty Fryfogle has five receptions. The Indiana Hoosiers ground game is averaging 213 yards per contest, and Stevie Scott leads the way with 70 yards on 20 carries. Defensively, Indiana is allowing 28 points and 327 yards per game. Dameon Willis Jr. leads the Indiana Hoosiers with six tackles, Jerome Johnson has one sack and Jonathan Crawford has one interception.

The Virginia Cavaliers are probably going to be one of the worst teams in the ACC this season, and a blowout win over Richmond doesn't move the needle. The Indiana Hoosiers won a tough trap game against an improved FIU team on the road and waxed Virginia last year on the road, 34-17. One reason to consider the Cavs and the points here is the fact they've covered eight of their last 11 road games when an underdog of at least three points. The Indiana Hoosiers are 5-7 ATS in their last 12 home games when a favorite of at least three points. Still, I'm backing Indiana by a touchdown. The Hoosiers had no issues with this team last year on the road, and Virginia is worse off this year than it was a year ago.