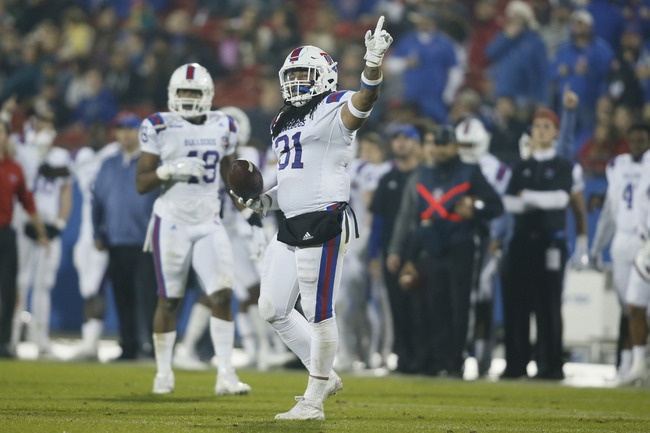 The Louisiana Tech Bulldogs match up with the Southern Jaguars in week two college football.

The Southern Jaguars found the going tough on both sides of the football in a 55-7 loss at Texas Christian in their season opener. Southern allowed nearly 500 yards and countered with 185 yards, nine first downs and three turnovers.

Jaguars quarterback John Lampley completed 5-14 for 101 yards and a touchdown along with a pair of interceptions. Cameron Mackey provided the highlights for the Southern offense with a 55 yard scoring reception. The Jaguars tried to establish the run but averaged just 2.5 yards on 34 carries with the offensive line struggling to move the Horned Frogs D-Line. The Southern coverage teams gave up kick returns of 37 yards and 41 yards and a 73 yard punt return for a score.

The Louisiana Tech Bulldogs survived a second half scare from South Alabama to record a 30-26 victory as a ten point road favorite. Louisiana Tech owned the yardage battle 440-308 and had the ball for 37+ minutes but the game was choppy with a combined seven turnovers.

J’Mar Smith was mistake prone in the Bulldogs passing attack as he completed 19-29 for 209 yards and a pair of touchdowns and three costly interceptions. Jaqwis Dancy paced a strong La Tech rushing attack with 144 yards and two scores on 15 touches while Israel Tucker added 82 yards on 19 totes. Adrian Hardy led the Louisiana Tech receivers with 73 yards and a touchdown on three catches.