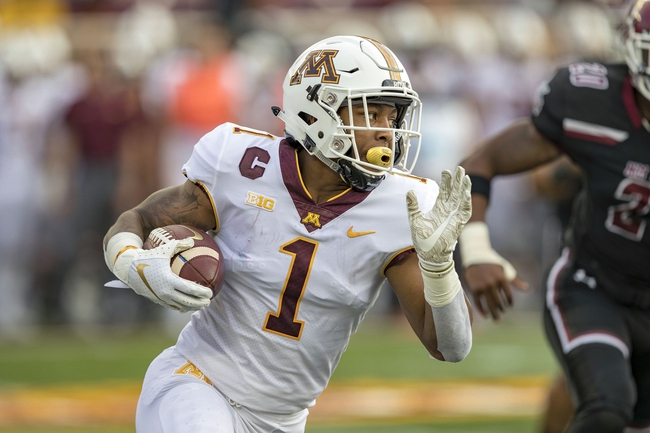 The Fresno State Bulldogs are a fun west coast team that scores points and is flashy at times, but they rarely have to play teams such as Minnesota. The Minnesota Golden Gophers aren't sexy, but they own the treches, pound the ball between the tackles and wear teams down with physical defense. This feels like a bad matchup for Fresno State, as I don't have confidence the Bulldogs can get down and dirty by winning with the offensive and defensive line. Minnesota is going to play bully style football and cruise to a 2-0 start for the third year in a row.