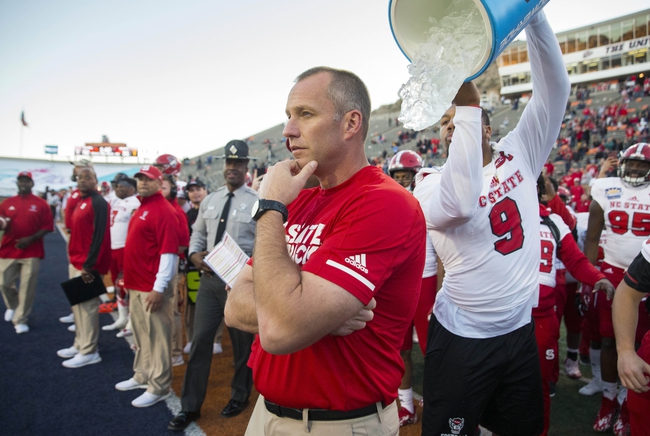 The Georgia State Panthers and the NC State Wolfpack will be matching up in college football activity on Saturday, September 8 at Carter-Finely.

In the Panthers’ opening matchup last Thursday, Georgia State managed a 24-20 comeback victory over Kennesaw State. In that one, the Panthers were down 20-14 in the fourth quarter but managed to snag 10 points for the victory.

Dan Ellington was integral for the Panthers’ win, as he came away with a 20-for-28 line for 187 yards and three scores. Ellington also led Georgia State in rushing with 18 carries for 77 yards and a 4.3 YPC average.

Over on the NC State side, they just finished up against James Madison on Saturday. In that game, the Wolfpack was down 7-0 after the first quarter but stormed back with 17 points before halftime on the way to a 24-13 victory.

NC State QB Ryan Finley had a pretty solid day in the Dukes victory, going for a 29-of-43 line for 309 yards and two scores. Reggie Gallaspy was the top rusher for the Pack, carrying 17 times for 68 yards and a TD.

Georgia State stumbled out of the gate a bit, but the big final quarter saved them from a bad loss—mostly thanks to Ellington. NC State looked a bit more well-rounded and had some great receiving performances in their opening game. I like the Wolfpack to take a step forward this season and keep things going with a cover here.