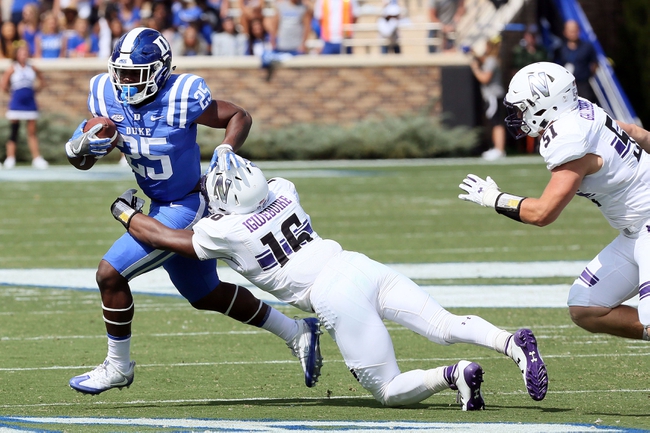 The Duke Blue Devils are 10-4 ATS in their last 14 games when an underdog and four of the last seven games have resulted in an outright victory. Duke is clearly a live dog given its history and is a team that's now scored 31 or more points in four straight games. The problem I have is that the Northwestern Wildcats are the real deal and a dark horse to make the Big Ten Championship. I said it in my write up for the Purdue game when the Wildcats were three-point underdogs, and they controlled that game in a tough venue from start to finish. Northwestern is a team to watch out for in this conference. The Northwestern Wildcats are also 7-1 ATS in their last eight home games when a favorite. I'll gladly take Northwestern and the small chalk on its home field.