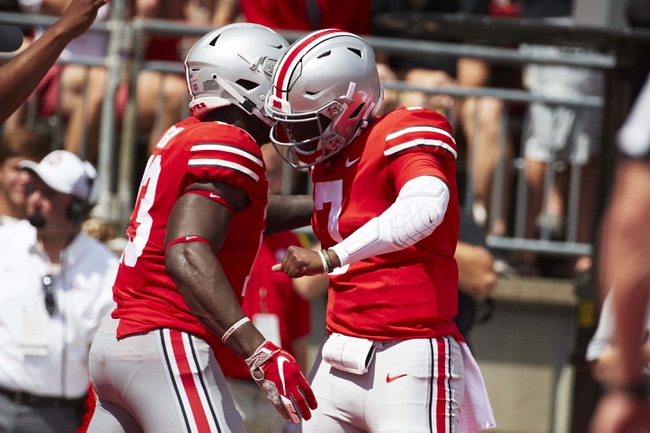 The Rutgers Scarlet Knights aren't the old Rutgers teams from a few years ago when they were lucky to win a game. Rutgers has improved in recruiting and has a quarterback in Sitkowski who could become a household name by the time his career is finished. The Ohio State Buckeyes seem to be playing angry and with a point to prove, as that Oregon State game was in hand from the start and they were still throwing the ball, looking to win as big as possible. The concern I have is OSU struggled defensively, and even with the win, the Buckeyes are just 4-8 ATS in their last 12 games when favored by at least 30 points. There may also be a lookahead factor with TCU on deck next week. If Oregon State can drop 30-plus, Rutgers should have some success as well. I'll take the points, but there's much better options on the board for this card.