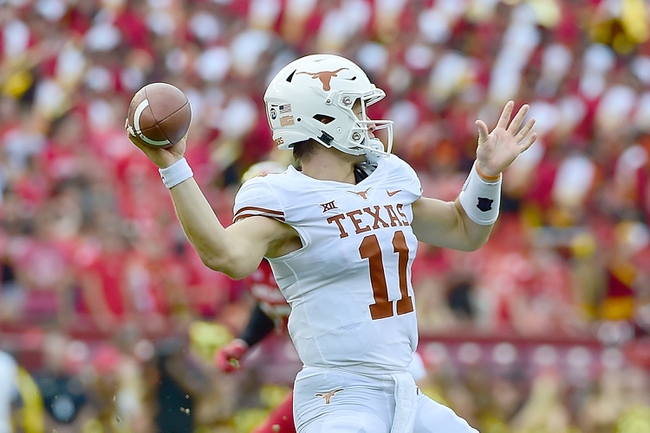 The Texas Longhorns desperately need a bounce back victory after losing to Maryland, 29-34. The Texas Longhorns have split their last six home games. Sam Ehlinger is completing 53.8 percent of his passes for 263 yards, two touchdowns and two interceptions. Ehlinger has at least one touchdown pass in each of his last five games. Lil'Jordan Humphrey and Collin Johnson have combined for 141 receiving yards and one touchdown while Devin Duvernay has four receptions. The Texas Longhorns ground game is averaging 142 yards per contest, and Tre Watson leads the way with 52 yards on 12 carries. Defensively, Texas is allowing 34 points and 407 yards per game. Brandon Jones leads the Texas Longhorns with 10 tackles, Kris Boyd has one sack and Charles Omenihu has one pass deflection.

The Tulsa Golden Hurricane looked more like the team we're used to seeing, as the offense was clicking, and while the comp wasn't great, this a much healtheir team than they were a year ago. The Texas Longhorns had a chance to prove they are going to be consistent and finally turn the corner, but they proved they're the same hit or miss program. It's been like this long enough and it's to the point Texas is a tough team to trust, especially with big numbers. The Tulsa Golden Hurricane have covered nine of their last 12 games as a double-digit road underdog. The Texas Longhorns have failed to cover six of their last 11 games as a double-digit favorite. I can't lay big numbers with Texas, as this team lets you down more times than not. Give me Tulsa and the points if forced to pick.