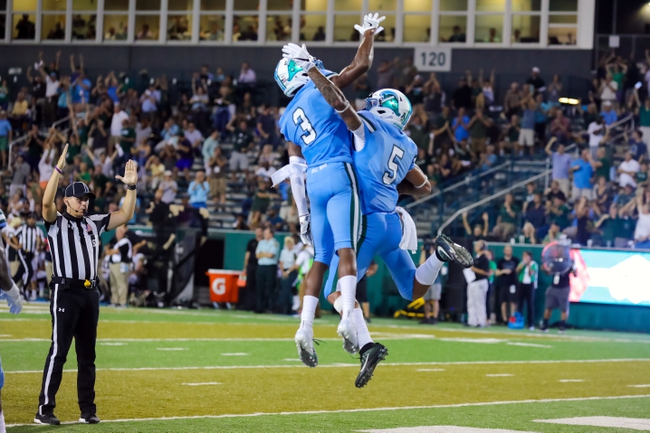 The Tulane Green Wave look to avoid their first 0-2 start since 2015 after losing a heartbreaker to Wake Forest in overtime. The Tulane Green Wave have split their last six home games. Jonathan Banks is completing 48.6 percent of his passes for 281 yards, two touchdowns and zero interceptions. Banks has five combined touchdown passes in his last three games. Terren Encalade and Darnell Mooney have combined for 163 receiving yards and two touchdowns while Jabril Clewis has one reception. The Tulane Green Wave ground game is averaging 155 yards per contest, and Encalade leads the way with 38 yards on one reception. Defensively, Tulane is allowing 23 points and 532 yards per game. P.J. Hall leads the Tulane Green Wave with 11 tackles, Tirise Barge has one sack and Donnie Lewis Jr. has one interception.

The Nicholls State Colonels are in a bit of a letdown spot after upsetting the Kansas Jayhawks last week, which has to be one of the biggest wins in program history. The Tulane Green Wave showed just how good they can be this season after taking Wake Forest to overtime and having chances to win. Tulane should be motivated to bounce back here and has the advantage at nearly every position across the board. I'm just not confident Nicholls State has what it takes to put together another good performance against an FBS squad. I'll take the Green Wave in a blowout victory.